↓
Home→Public Works→The what, how and where of lift station assessment 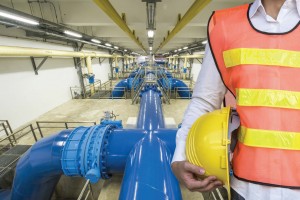 Once the situations and equipment needing attention in each sewage lift station have been accurately assessed and recorded, solutions can be prioritized.

By way of example, Merat Zarreii, capacity, management, operation and maintenance coordinator for DeKalb County, Ga., detailed the experience of a station in Harmony Hills that had been affected by a flood in 2009. Even before the flood, an assessment of the station had revealed situations of concern.

The summary of recommendations generated by the condition assessment fell into four categories. The first was reliability: The generator was destroyed by floodwater and no backup system was in place. A high degree of redundancy, placed above the previous flood level, was a priority; as was real-time data on the flow, to reduce the need for time-consuming drawdown testing and on the pressure in the forcemain.

Also on the mind of managers was the high pump failure rate they had been dealing with due to hydraulic issues.

“The operators were talking about pumps being rebuilt every year, and just having a lot of difficulties, so the hydraulic issues were something we were going to look at and fix,” Zarreii said. “And of course, we wanted to get all the data that we could sent back to the operator controls back at the plant and our SCADA system.” 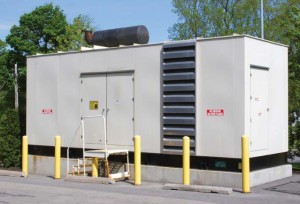 While several options exist for providing emergency power to sewer lift station pumps, such as a backup generator, a permanent standby engine-driven backup pump system will handle spill incidents resulting from any cause — not just utility loss of power. (Shutterstock photo)

Permanent emergency generators prevent spills due to utility loss of power but require an automatic transfer switch that is susceptible to transient voltage surges from lightning or sudden line voltage increases, so they depend on TVS suppressors. Portable emergency generators also provide power to existing pumps in case of utility loss of power and may prevent spills due to loss of power, but these require transport from the warehouse to jobsite and must be wired and connected. The lift station must already have connections available.

Dual utility power sources provide power to existing pump systems in case of utility loss of power from one source, and they prevent spills due to loss of power if the second source is live. But the capital cost of dual utility power sources may be high, depending on the distance between the second source and the station. Additionally, they require automatic controls to switch back and forth.

“And then we get to my favorite, the permanent standby engine-driven backup pump systems,” said Zarreii. “What it does is that it is an autonomous, self-priming pump system,” not dependent on the source power or ATS but capable of providing 100 percent redundancy to the lift station.  It has its own controls and piping, which are in the wet well and perform the same work as the lift station, without a direct connection to the power utility service line entering the station. Permanent standby engine-driven backup pumps will also prevent spills due to almost any kind of failure. “It’s basically like having another little pump station sitting there.” 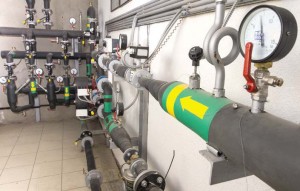 If pressure and flow data on the forcemain can be provided another way, such as electronically,
then drawdowns become largely unnecessary. (Shutterstock photos)

Once the generator question is settled, the next one has to do with pressure and flow data. “How do we get away from doing all those drawdown testings?” Zarreii asked.

If pressure and flow data on the forcemain can be provided another way, then drawdowns become largely unnecessary.

In Harmony Hills, a lack of manpower dictated that twice-yearly drawdown testings became annual. Once the same data was available electronically, drawdowns were necessary only when they wanted to double-check, or if there was a problem with the mag meter.

Once the baseline is established, a placard noting the horsepower and type of pump is posted. Below it, the gallons per minute at the given increment of pressure is noted and PSI is added: such as “80 GPM at 28 PSI system pressure” and “150 GPM at 30 PSI with STBY pump,” noting the same information as generated by the standby pump. Th e information is hung on the pump so it’s easily referenced by operators.

When designing a standby engine-driven pump, one of the most important considerations is velocity. 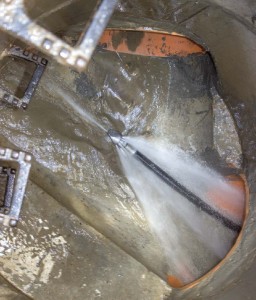 Hydrojetting is currently the most common way to loosen buildup and reduce pressure in sewer pipes. (Shutterstock photo)

Hydraulic issues can include the air release valves. An ARV maintenance program will extend the life of the forcemain while ensuring efficient operation of the system. At a minimum, each ARV must be inspected every two years for proper operation and preventive maintenance performed.

When replacing ARVs, consider new technologies and materials. Both stainless steel and composite plastic are more resistant to corrosion than the cast iron of yesterday’s ARVs.

New Harmony wound up replacing all of its ARVs recently but still experienced too much pressure and not enough flow. The solution was to clean the forcemain using “pigging,” a variation on the process commonly used on gravity pipes but now also effective on forcemains due to the incorporation of new technology. EPA permits are not required, said Zarreii.

Ice pigging is newer still. It requires only a 1-to 2-inch connection to the forcemain, which can be the ARV connection.

“It’s very cost effective for smaller lines. There is a large amount of ice that needs to go into the forcemain: typically they like to put in 25 percent of the length they’re cleaning filled with ice before they’ll start pushing it through it.” The city needed to clean 4,000 feet of main, which it did in two 2,000-foot segments.

The process cleaned out buildup and debris that had to have been sitting in the pipes for decades, Zarreii surmised. Once ice pigging was completed, operations returned to normal and the power bill dropped by half: all for a cost of $10,000.