↓
Home→Uncategorized→Municipal offices aim for the cloud 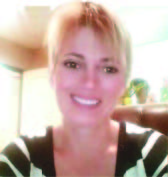 Return on investment was a major consideration when Canton, Ga., decided to move its email service to the cloud. Overall, the service and cost ratio were key, said Chief Information
Officer Camile Wehs. (Photo provided)

Adopting a cloud computing solution can save time and money and increase transparency, but it’s not a decision to be taken lightly.  Canton, Ga., proves cloud computing can add value to local government. As chief information officer there, Camile Wehs is responsible for providing vision and leadership for developing and implementing information technology initiatives that align with the mission of the city.

To that end, Wehs was involved in the decision to adopt a cloud solution. Among other things, return on investment was a major consideration. Overall, the service and cost ratio was key, she said.

“If the service one chooses can provide optimum effectiveness with the ability for you to grow into while achieving a cost savings, then it is something to consider,” she said. “There are several small municipalities that have an equally small staff. By embracing cloud services, they can become more effective by providing a wider set of services and features to both internal and external users.”

Speaking of growth, the city, which is located outside of Atlanta, has experienced a population boom in the past decade. According to the National League of Cities’ document “Investing in your City’s IT Infrastructure,” the demands of such growth called for “a scalable IT solution to replace its costly and unstable pre-existing e-mail system.” Canton’s email system was unreliable, and updating the spam filters was highly time-consuming. In other words, there had to be a better way.

To better meet its needs, the Canton IT department made the move to a networked, off site cloud. The city chose a system based on technology from Google, which closely resembled the Linux-based system used previously. The new email services and suite of applications were installed relatively quickly and were well received by municipal workers. Other benefits included an increase in public transparency as it has become significantly easier for the city to make public documents and information available online.

The overall result of the investment was a 109 percent increase in IT department productivity and savings of nearly $10,000 yearly over the previous onsite services the city provided. For Wehs, there was also emotional relief. She no longer had to worry about failing hardware, mounting licensing costs, maintenance fees and ever-changing budget items that were associated with the older system.

While the savings is significant, Wehs challenges decision-makers to look at the big picture. Cities should not just look at the cost of the service, but also consider the cost to upgrade the hardware, training, backups and so on for having the service internally versus hosted.

Another critical item is the vendor’s performance. Wehs recommended due diligence by researching and asking questions about its backup process, data centers, etc.

“Know the company you are working with,” she said. “Most reputable companies will offer you a long-term trial that has full functionality, if they are worth their weight in gold.”

The project proved to be a move in the right direction, but there was some initial anxiety, Wehs said. For example, she was concerned whether users would embrace this change with ease; and would it be used to its fullest capabilities?

“All of those questions and thoughts were quickly put to rest after a few short months,” she said. “Users were actually more empowered, and communication was drastically improved.”

Wehs is quick to share her department’s success story, but she said cloud-computing isn’t necessarily ideal for every municipal department or service. It should be considered on a case-by-case basis.

“This is a question that is best asked individually,” she said. “There is no easy answer here. In today’s market a city can opt to put all services cloud-based. It is specific to each.”

There are other success stories, according to the Smart Cities Council. The Smart Cities Council provides advanced frameworks, case studies, regional and national events and other resources that help cities understand the pathway to becoming more livable, workable and sustainable. As a market accelerator, it contribute to its partners’ success by moving the entire smart cities field forward in a vendorneutral manner. 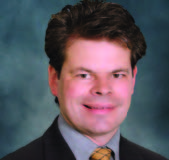 Stuart Cowan, chief scientist, Smart Cities Council, acknowledges that cloud services streamline functions and save money. For these reasons it’s becoming increasingly common for communities to move some or all of their services to the cloud.
(Photo provided)

Stuart Cowan, chief scientist, said the cloud presents many opportunities for cities and towns of all sizes.

“Cloud-based solutions allow cities to get out of the data center business and streamline IT functions, replacing large capital expenditures with flexible pay-as-you-go models,” he said. What’s more, he said it’s “very safe” to take this approach so long as vendors are cautiously vetted. Some examples of municipal cloud-based solutions include: