↓
Home→Jobs→Cities with the most high-tech jobs

The U.S. economy lags behind developed nations that are investing more heavily in education, technology, innovation and other industries that invigorate their national economies.

The percentage of U.S. workers employed in what the Brookings Institution calls “advanced industries” has fallen from 11.6 percent in 1980 to 8.7 percent in 2013, said 247wallst.com. While this represents a slight improvement since 2010, the need for a resurgence in the nation’s most important industries is pressing.

In February the institution’s report, “America’s Advanced Industries: What They Are, Where They Are and Why They Matter,” identified 50 such advanced industries: those whose research and development spending exceeds $450 per employee, and whose proportion of science, technology, engineering, mathematics workers is above the national average.

To identify the 15 metro areas with the most high-tech jobs, 247wallst.com. reviewed the share of workers in each of the 100 largest metro areas employed in advanced industries and also looked at educational attainment rates, poverty rates and the percentage of area residents with health insurance as reported by the U.S. Census Bureau’s 2013 American Community Survey. These are the cities or metropolitan statistical areas that came out on top. 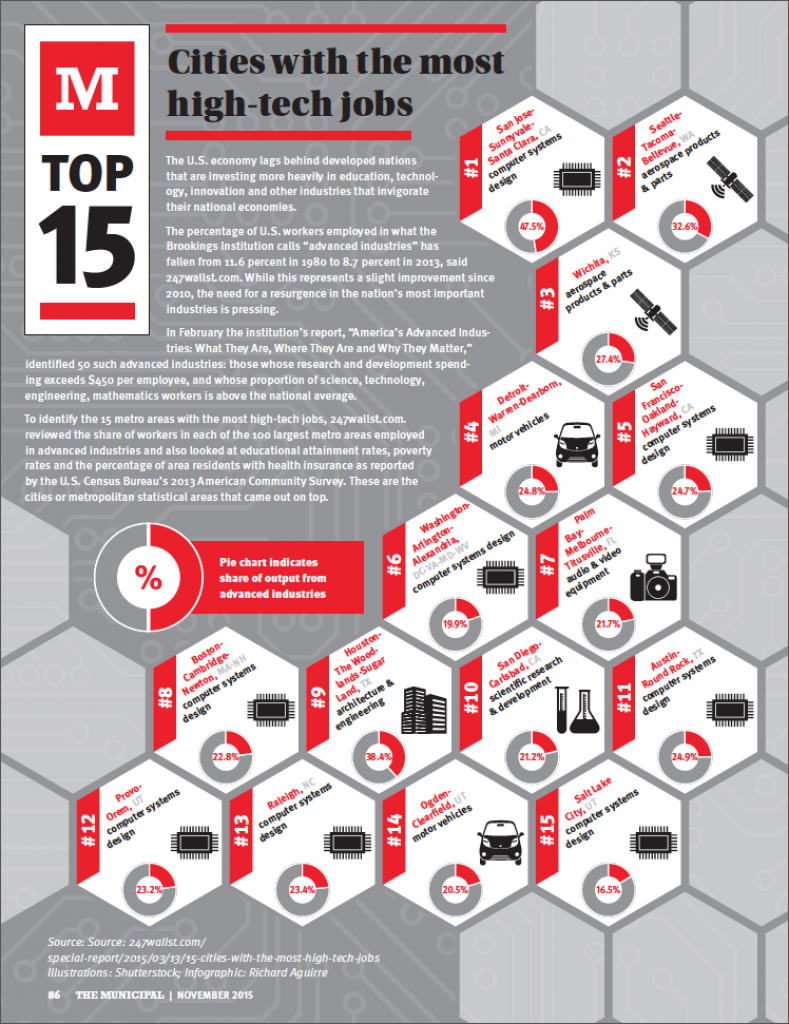