Visit the small Lake Erie town of Port Clinton, Ohio, on New Year’s Eve and the last thing you’re likely to see for the year is the steady plummet of a walleye from the sky. 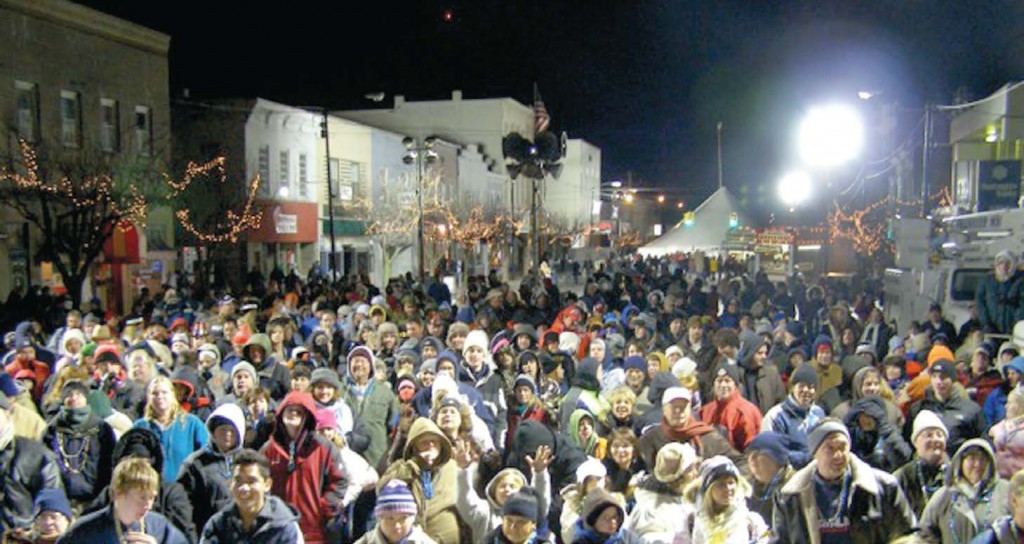 Not just any walleye: It’s Captain Wylie, the 20-foot, 600-pound wood and fiberglass mainstay of the annual Walleye Madness at Midnight festival, now in its 20th year.

Self-dubbed the “Walleye Capital of the World,” Port Clinton has taken advantage of the branding. It attracts thousands of people to the unique New Year’s Eve bash, one of several annual town events where the fish is the featured attraction.

Walleye is also the staple ingredient for the festival, with restaurants serving up homespun concoctions of walleye sandwiches: chowder, cinnamon chips and popcorn, all washed down with a “Walleye White” wine created by a local vintner.

Walleye Madness at Midnight kicks off at 4 p.m. with a series of prefatory family-oriented activities. The local Knights of Columbus hosts a family fun center, and Daniel Hale, the lone survivor of a 1966 steamship tragedy in which 28 crew members perished recounts his harrowing experience. The high school Key Club offers a venue of kid’s games.

Local, county, state and federal public safety departments are on hand to display their vehicles and equipment and children are invited to “touch a truck” or crawl around the fire department’s largest vehicles and honk their horns.

Street vendors and downtown stores off er their wares throughout the afternoon and evening. A professional DJ muscles through a six-hour stint in the music tent from 6 p.m. until midnight.

Port Clinton didn’t come by the self-appointed designation by accident. Its location at the shallowest basin in the Great Lakes affords it handy continuous access to the most dense population of species of walleye and other game fish, according to Max Upton, administrative assistant to the mayor and safety services director.

Upton said Port Clinton Main Street, a local nonprofit allied with the chamber of commerce, takes the lion’s share of the festival preparation.

But the town does its part, too. The street department blocks off the downtown area, the police provide security and the administration reviews and approves the requisite paperwork and issues necessary permits.

“Our involvement is more a personnel and services investment than a monetary one,” Upton said.

Dropping a 600-pound chunk of crafted fiberglass in the proximity of thousands of revelers carries a certain risk, of course. But the town’s full-time safety officer, who doubles as the fire chief, oversees the entire operation from a safety standpoint, said Upton.

The administration has one eye on the future during the festival.

“The intrinsic value is that people who come downtown for the festival will come back for the summertime,” Upton said. “We are looking to capture return visits.”

Upton’s advice to other municipalities seeking to launch such an event is that “Collaboration is the key, especially in this era of consolidation due to budgetary constraints. Partnership is the key to being successful.”