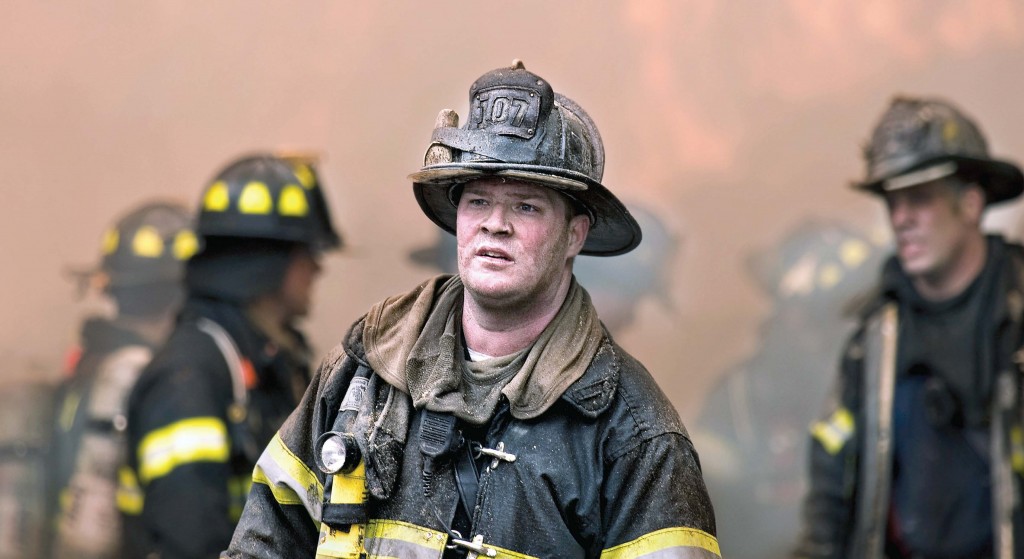 Short-staffed RIT operations affect both volunteer and career departments, as more and more departments face cuts and staffing shortages: but not being able to rescue a downed firefighter because the rapid intervention crew was not trained to operate understaffed is unacceptable. (Suzanne Tucker / Shutterstock.com)

The topic of short-staffed operations is often overlooked, despite it being an issue that many municipalities deal with across the country. Understaffed fireground operations, specifically understaffed rapid intervention team operations, is an important topic to address for any fire department. Short-staffed operations change the way we operate and our safety on the fireground. Not being able to rescue a downed firefighter because the rapid intervention crew was not trained to operate understaffed is unacceptable.

Short-staffed RIT operations affect both volunteer and career departments, as more and more departments are facing cuts and staffing shortages. A volunteer fire department may find that it has every seat full for a structure fire on a Saturday afternoon, only to have three firefighters responding to a structure fire that comes in on Monday morning. This may actually be a little better then a career department, where units are always short-staffed. Although they know they will be short-staffed and can train and prepare for understaffed operations, it doesn’t change the fact that they will always have fewer firefighters than they need. But we cannot fail to rescue a brother or sister because we were not prepared to operate on an understaffed RIT.

Before getting too deep into understaffed operations, let’s quickly refresh what RIT is. According to NFPA 1500, Chapter 6, RIT is defined as “Two or more firefighters assigned outside the hazard area ‘to assist or rescue’ at an emergency operation.” Simply put, RIT is a team of firefighters assigned outside the IDLH with the sole purpose of preventing and rescuing missing or lost firefighters. A key point to remember is that an RIT needs to be proactive and try to prevent a mayday situation from occurring in the first place. This is one way that being assigned to RIT is more than just standing around and missing the fire. The RIT is an active part of the fireground. If you are standing around sulking or chatting, then you are not doing your job as an RIT.

A proactive RIT can be extremely beneficial to the overall operation. If the company assigned as the RIT crew is short-staffed, then most likely so is every other company on the fireground. By placing secondary egress, securing utilities, or helping force doors on the rear or sides the RIT frees up someone else to perform another assignment. Some things are simply out of our control and can’t be prevented from happening, though. Firefighters will get into trouble and maydays will be called regardless of how proactive the RIT is: This is when any RIT, fully or short-staffed, must know what actions need to be performed and how to perform them flawlessly.

Based on past events, it’s recommended that there be at least six members assigned to an RIT. However, most departments do not have the staffing to do that. We’ve also learned that firefighters must train and prepare for RIT operations.

RIT training doesn’t always need to be a complex drill. Since maydays are not planned events, RIT drills shouldn’t always be either. Call a mayday during any company drill, regardless of the original topic, just be certain that all the instructors or safety officers are aware of the drill. When a company knows it has an RIT drill coming up, members review RIT policies and practice procedures to keep from performing poorly at the drill. Many departments hold annual RIT refresher training, but how are the crews being kept prepared the rest of the year? Calling a mayday during a random drill allows crews to react in real time, with their normal operations being interrupted and without time to rehearse what to do.

If you operate short-staff ed, then training also needs to take place with short-staff ed teams. Departments need to train like they are going to operate! If there will be only three firefighters assigned to the RIT, then training must be done in teams of three. A perfect of example of this happens in my own area’s recruit fire academy. While giving this class towards the end of the fi re academy, the recruits were asked, “When you took the state Mayday/RIT class, how many people were in each of your squads?” The recruits answered, five in each squad and one with six. This came from a group that knew for sure they’d going to be operating with only three firefighters on RIT once they graduated.

RIT drills don’t always have to be complex. Th e goal of any RIT training should be to challenge crews with as many different types of scenarios as you can create. Not every drill has to be an elaborate scenario with props and mazes. An example of a drill that often throws crews off is calling a mayday for a fall off the roof in the rear, or for a firefighter hanging from a window in the rear. A lot of time is spent preparing for entanglements and collapses or performing specific drills, such as the Denver or Columbus Drill, and rightfully so; but many forget that there is a lot of other ways that firefighters can get into trouble on the fireground.

Be sure that RIT training is giving students a “total package” that is performing size ups, making entry through different areas, searching for downed firefighters and removing them. Most important, be sure that RIT drills are keeping crews thinking, challenged and on their toes. Make training challenging and different. How often do you connect the RIT pack to a down firefighter with your hood over your face piece? A lot of firefighters can connect the universal air connection pretty fast on the truck bay floor with their hoods on backwards. But isn’t it more realistic to have the down firefighter under a bed with their SCBA against the wall? Now the firefighter making the connection has to lie on their stomach, reach under the bed and make the connection with limited space to work, which is not only more challenging, but also more realistic than a down firefighter lying out in the open.

Train now, and train a lot to build your muscle memory of the simply things, like knot typing, harnesses and air connections so when a fellow firefighter is in trouble you can focus on how you’re going to rescue them and not be focused on trying to remember simple, yet vital tasks like how to tie a harness.

Stay ahead of the game 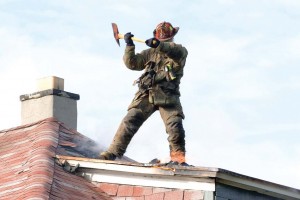 Be sure that RIT training is giving students a total package that includes making entry through different areas, searching for downed firefighters and removing them. (Mishella / Shutterstock.com)

Firefighter’s always want to be ahead of the game, especially when they operate with short-staffed RIT’s. Do not wait until a mayday occurs to make a plan. Have a plan in place on the fireground before a mayday occurs. This does not mean adding an RIT section to pre-plans. It means the RIT members need to have a plan for the fireground they are operating on that is based on what they are presented with at that time. RIT members need to know things like how they are going to get into the building if they can’t use the front door, what they’re going to do if they have a missing firefighter verse a lost firefighter, and who’s going to carry what tools. This way, if a mayday is called, they are not standing there wasting time, trying to figure out who is carrying the TIC or who’s taking the search rope or if they are taking the stokes baskets or leaving it behind.

One of the most important things for the understaffed RIT to do to stay ahead of the game on the fireground is to conduct a proper size up to identify risks, correct hazards and make a plan of action for a mayday with “what if” scenarios then pay attention to the scene and monitor the radio traffic to keep track of the crew’s locations. Countless fatality and close call reports show that incident commands miss maydays being given on the radio. It is the RIT’s job to be a second set of ears and eyes listening and looking for maydays on the fireground. Now, when a mayday is called by Engine 10, the RIT members already have an idea of where the company is because they know that Engine 10 was assigned to perform fire attack in the basement. The RIT can quickly locate the hose line and rapidly begin searching along the hose. 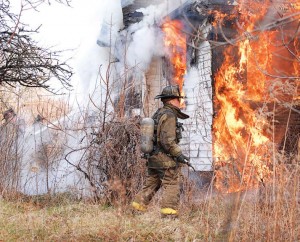 Performing size ups is not an unimportant part of RIT drills, which should keep crews thinking, challenged and on their toes — just as they’ll have to be on the fireground. (Suzanne Tucker / Shutterstock.com)

Know multiple ways to get into and out of the building by performing a good size up, and pay attention to the conditions. Are conditions getting better or worse? How many lines are in service, is the IC calling for more hose lines in the building? If more hose lines are being requested than the fire is growing and getting worse, not getting better. This means there can be weakening of the structure, the possibility of crews becoming cut off or overwhelmed by the growing fire, or the mode of attack switching from offensive to defensive, which can lead to someone getting separated from their crew while backing out.

Another thing to consider ahead of time is knowing where you’ll get additional crews from. It might be calling for a second alarm or by calling for mutual aid. But you have to know this ahead of time so you are not wasting time figuring this out during a mayday. Set up mutual aid ahead of time and exchange RIT policies, know each other’s expectations and train together.