It can be a nightmare for any neighborhood: A house or apartment complex in disrepair is ruining the block, and the landlord defies cleanup/renovation orders. Eventually, local government is tasked with taking matters into its own hands. 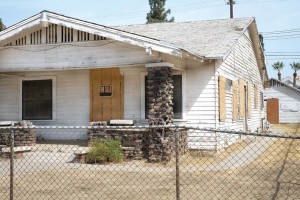 The Community Development Block Grant program, run by the Department of Housing and Urban Development, is designed to provide communities the flexibility to decide how to meet housing development — or demolition — needs.

Programs like the Department of Housing and Urban Development’s Community Development Block Grant are viable resources for gentrifying or demolishing unsightly areas. The block grant was designed to provide local communities the flexibility to decide for themselves how best to meet their own community development needs. After all, you are the ones in the trenches.

Since its signing, CDBG has helped cities, urban counties and rural communities with $144 billion in funding to undertake a wide variety of activities, from improving public facilities to producing affordable housing. Each year, CDBG funds are distributed to state and local governments according to their population, poverty and other housing variables.

According to Brian Sullivan, public affairs supervisor, CDBG has a three-part goal: eliminate slum and blight, benefit low-income residents and meet an urgent need, such as recovery from a natural disaster. Put another way, the program works to ensure decent affordable housing, to provide services to the most vulnerable populations in communities and to create jobs through the expansion and retention of businesses. 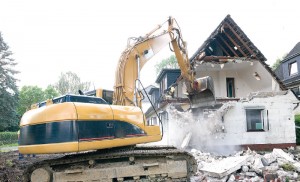 Flint’s anti-blight program is the way it mobilizes and empowers residents to clean sites, mow grass and to board and demolish vacant structures.

The original funding model was more of a “salad bar approach,” Sullivan said. However, the process for determining how much money was released was modified to better address community needs. A second formula — currently in use — was introduced to benefit slower-growing cities. HUD determines the amount of each grant by using a formula comprised of several measures of community need, including the extent of poverty, population, housing overcrowding, age of housing and population growth lag in relationship to other metropolitan areas. However, the change in formula did not affect the spirit of the program, which leaves decisions to local authorities. This aspect of the program explains its popularity.

As with any government program, there are guidelines that must be followed by grantees. For example, over a one-, two- or 3-year period, as selected by the grantee, no less than 70 percent of CDBG funds must be used for activities that benefit low-and-moderate income persons.

Flint, Mich., is a prime example of a city that has used CDBG funds to revive its urban core. On Oct. 28, 2013, Flint City Council unanimously adopted its first official master plan in more than 50 years. The Imagine Flint Master Plan for a Sustainable Flint provides a 20-year community vision for the city, which calls for the elimination of blight.

According to the executive summary, “Blight is used here to describe unwanted property conditions that stem from the presence of vacant properties in Flint, Mich. Vacant and abandoned properties are the source of blight in Flint today. A decrease in Flint’s population has generated an abundance of vacant and abandoned properties; there are more houses and buildings available than there are people and businesses to fill them. Blight is found on these properties, including dilapidated buildings, dumped debris, and unmaintained vegetation.” The closure of the Delphi Flint East plant didn’t help, either.

According to Raul Garcia, blight manager for the city, it has set aside $60,000 in CDBG funding to help with cleanup efforts in low to moderate income areas. 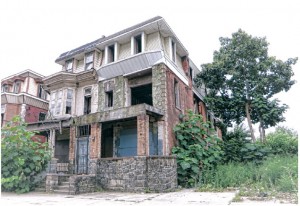 In a 2013 study, Steel Valley, Turtle Creek and Twin Rivers Council
of Governments in Pennsylvania found that their 41 collective communities had incurred $10,720,302 in direct costs to municipal
services; $8,637,875 in costs related to the loss of tax revenue;
and nearly $250 million associated with a loss in property value
from blighted properties. With CDBG support and the realignment
of existing resources, or donations, they created revenue-neutral
land banks and are revitalizing the neighborhoods.

What’s unique about Flint’s anti-blight program is the way it mobilizes and empowers residents. They are stakeholders in the city’s future. To that end, the city facilitates regular projects, working with residents and other stakeholders to clean sites, mow grass, and board and demolish vacant structures. Demolition accounts for the majority of the total costs of blight elimination. According to Garcia, there is an average of five major cleanups in a weekend, engaging about 100 volunteers. Last year there were 80 total cleanups, he noted.

Garcia views these projects as much more than aesthetic enhancements. He says he believes the city is much more stable now and is hopeful the improvements will attract and retain residents.

For more information about the CDBG program and Flint’s master plan, visit www.hud.gov and imagineflint.com.