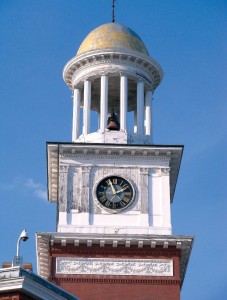 Although no one’s goıng on a spendıng spree anytime soon, for the first time since the economic turndown, local, state and federal governments are loosening the purse strings a little. Vacancies have been filled in some departments, and a few much-needed infrastructure improvements are back on the table. Is this a sign that we are a nation on the mend?

It depends on how you look at it. While technically, yes, fiscal conditions are improving, we are still a long way from achieving pre-recession levels. According to the National League of Cities’ latest survey, while 80 percent of city finance officers say they are better able to meet fiscal needs now than they were in 2013, revenue and spending trends continue to point to a weak and uneven recovery.

The poster child for economic stability is the state of Florida. It continues to lead the nation in fiscal recovery, despite being one of the first areas to feel the pinch in 2007. After the housing bubble burst, Florida lost more than 800,000 jobs and saw its unemployment rate rise to 11 percent, causing Gov. Rick Scott to run for office on a platform that promised to turn the state around. 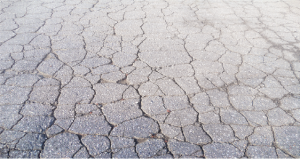 Biddeford, Maine, is among the cities that still can’t afford to do
all that needs to be done to roads, sewers and buildings because
of the impact of costs on the mill rate and continuing declines in
state and federal funding. (Photos provided)

Thanks to Scott’s “Keep Florida Working” budget, that’s exactly what happened. By cutting taxes, investing record amounts in education, putting money back into the pockets of the people and improving workforce development, the state’s debt has been reduced by $7.5 billion since 2010 and they have recouped 728,000 new jobs. While there is still work to do, communities in the region say they can breathe easier than they have been able to in a long time.

“The most important thing is not to forget the hard lessons we learned along the way,” said Bill Moss, city manager of Naples, a community of 20,000 year-round citizens and another 15,000 seasonal residents.

Moss said although there’s a surplus in the state budget, it doesn’t mean money will be passed on to local governments to spend as they wish. There’s a backlog of projects that need to be accomplished on the state level, so municipalities are relying on property taxes as their main source of revenue. Of course, it’s important to be good stewards of that revenue so that lasting improvements can be made while providing a consistent level of service to the community.

“When you are fortunate enough to have had some revenue like we did last year, there is a push to increase spending,” he said. “However, we have no intention of increasing the number of employees at our organization during the next fiscal year. We plan to dedicate additional funding to maintenance, infrastructure, parks, traffic lights, sewer and other non-recurring areas.”

While Naples seems to be on the road to success, other communities continue to struggle. Biddeford, Maine, Mayor Alan Casavant said although statistics suggest the economy is improving, he’s yet to see the same vitality in his own community. There has been economic development in the mill district as well along Main Street: But the city is feeling pressure regarding taxes and budgets, especially within the context of infrastructure improvements. 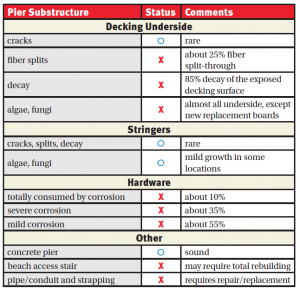 “Quite frankly, Biddeford cannot afford to do all that needs to be done with roads, sewers and buildings because of the large cost, the impact of those costs on the mill rate and continuing declines in state and federal dollars,” he said.

There are two significant issues contributing to the overall problem. Many people in the community are struggling in the post-recession economy, either because of a fixed income, reduced or stagnate wages. They are feeling the pressures of inflation, and tax increases are not something they can readily absorb: meaning there is pressure on the city council to keep taxes as stable as possible.

In order for the council to do that, it must reduce services or capital improvements. He says it is the capital improvement budget that is repeatedly hammered during the budget cycle, so now the city is facing millions, if not hundreds of millions, in needed sewer work, road reconstruction and building repairs. Not all of it can be absorbed into an annual budget because it would trigger a tax increase that would be unaffordable.

Repairs to the Naples, Fla., public pier had been previously
postponed. With the state better able to take care of itself now,
property taxes have been made available for this and similar
projects.The pier structure suffers from a high percentage of
severe corrosion, and in some cases, total obliteration of connection
hardware. (Photo provided)

“There is more poverty than I have ever seen in my lifetime,” he said. “There are people in our community that cannot afford any increase, especially the elderly, living solely on Social Security. Inflation in their everyday lives forces constant decisions in terms of paying for TV, food, meds, taxes or whatever. This is what is so problematic and unfair with the current tax structure and system.”

According to the National Association of State Budget Officers, the quandary Casavant outlines is typical. While states may be better off than they were a few years ago, as the economy continues along a path of slow growth, fiscal challenges are likely to persist from rising spending demands and limited gains in revenue collections.

Scott Pattison, executive director for nasbo, said we are now adopting a new normal in state spending. The recession part is over, and states are returning to growth rather than decline: But we are still growing slower than we have in the past, and there is not a lot of new money available.

“All the trend lines are going in the right direction, but the economy is still pretty tepid,” he said.