If you live in a community where the local grapevine outpaces the information superhighway, then take heart. You are not alone. While small municipalities across the nation struggle to offer their residents Matrix-level technology on a Pawnee budget, some have discovered it is possible to move with the times without breaking the bank. 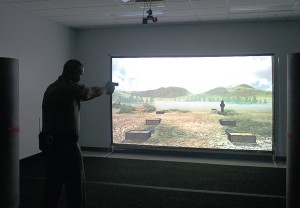 After years of postponing technology upgrades because of the cost, Waxhaw, N.C., bit the bullet and installed, among other things, a virtual police training program and digital cameras that upload automatically. 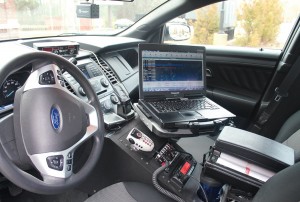 The upgrades save multiple man-hours a week, which helps take the edge off of the expense. (Photos provided)

Out of the bedroom

Located just 25 miles from the city of Charlotte, the town of Waxhaw, N.C., is a fast-growing bedroom community that has struggled to keep up with its neighbors. In 2006 the town’s entire information technology department consisted of a rebuilt personal computer that sat atop a wooden ledge near the refrigerator in the break room of town hall. There was no one on staff to maintain it, no backup system in the event of a crash and no security measure in place to protect it.

“The only thing missing was a hand crank,” said Gregory Mahar, Waxhaw’s interim town manager. “Anyone could have set up on the porch of city hall and broken into it. Thankfully that didn’t happen, but on the other hand, it wasn’t like we had a whole lot on there in the first place.” 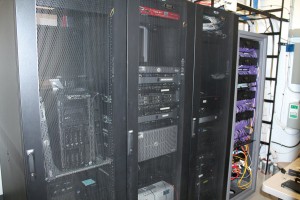 Servers and multiple computers replaced an old desktop model that formerly constituted the IT equipment owned by Waxhaw, N.C. The town also rebuilt its website and incorporated social media into it. (Photo provided)

There were a number of other issues as well. The town’s website was difficult to modify, its computers were unreliable, the cameras in police cars were dysfunctional and there was no information technology budget or plan in the foreseeable future. In order to meet the needs of the community, the town council realized it needed to put the infrastructure in place that would allow Waxhaw to operate more efficiently. Today not only does Waxhaw have a real IT department, with back up systems and security, the town also has a functional and informative website and social media accounts and employees are doing a lot more work in the cloud.

“Our building inspectors have iPads with our forms on them that allows them to file paperwork faster and attach photos of any concerns that they have. Thanks to these devices our building inspections happen quickly, it’s easier for the town to keep records on every parcel and it cuts down on mistakes,” said Mahar, noting that the cost is offset by a technology fee that is included in cost of the building permit itself. “There is also a huge improvement in productivity. We estimate that the new system cuts approximately 10 days off the process. While we’ve never tracked that in terms of dollars, we know that this is a significant savings in terms of man-hours.”

Another significant savings comes from new and improved digital police cameras in every patrol car. In addition to being state of the art equipment, the cameras automatically download data when the officer pulls up to the station. That data is later burned to a DVD and filed in the department’s archives.

“It’s not inexpensive to put this kind of infrastructure in place, but it does help us streamline the process, which took hours before. Not only does this save time, but it also allows us to use our staff more effectively, serve the community and work smarter, not harder,” said Mahar.

On the western fringe of the Chicago suburbs, the city of Geneva, Ill., is a bustling community of 21,000 that boasts a vibrant downtown area, well-maintained historic homes and a variety of locally owned businesses. There is always something going on in the city, and plenty of information to share; however, prior to 2008 the community was using the technological equivalent of two cans and a string.

“We had no IT budget, no communications coordinator, no presence on social media and an outdated Web page,” said Mary McKittrick, Geneva city administrator. “Getting the word out was impossible.”

McKittrick knew that something had to be done. She went to work creating a communications committee to explore various solutions to the city’s problem. Its members developed a five-year communications plan to update the city’s website, create a quarterly newsletter, become more active on social media, ramp up public-access TV programs, institute a telephone information line and hire a full-time employee to coordinate it all.

“We understood that most people rely on the Internet for their information. This is not a luxury for municipalities, but an expectation. If you want to provide proper customer service it can’t be hit or miss,” she said. “After doing everything we could for free, such as setting up our social media pages and YouTube Channel, we finally bit the bullet and hired a communications coordinator in order to make these tools as effective as they could be.”

Salary and benefits for a full-time employee is not chump change, but McKittrick said that most of the other improvements were made for little to no cost. In addition to free social media accounts, website upgrades were a one-time investment and the public access programming is subsidized through state statute and franchise fees that go into a restricted account.

McKittrick is always looking for new ways to bring information to residents and feels that cities need to explore every option in order to keep up with larger communities and bigger budgets.

“You have to think outside the box and you have to be creative in your approach, but it is possible for a small municipality to meet the needs of the 21st-century citizen and lay the groundwork for future upgrades.”