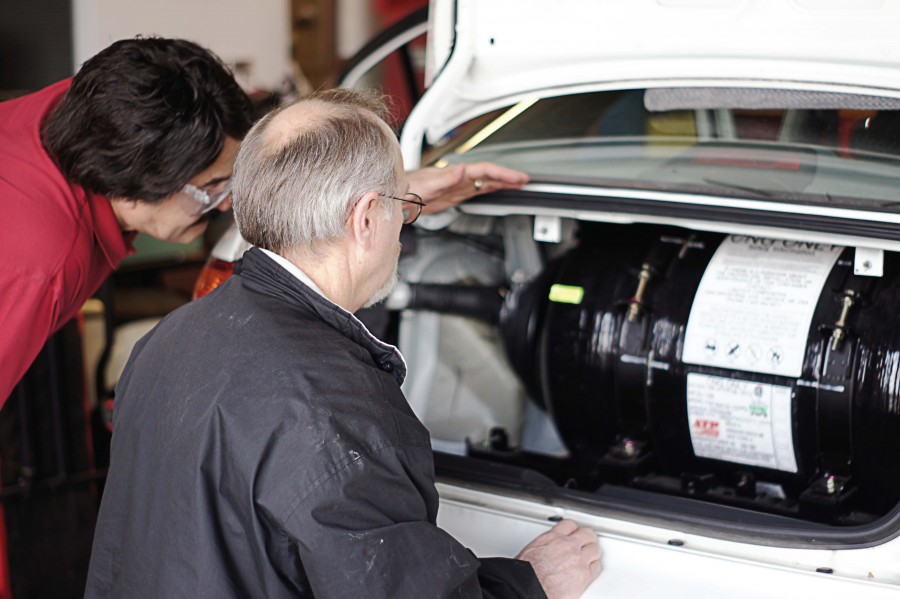 More municipalities are exploring alternative fuels. As they do so, infrastructure becomes an important component. Are shops and technicians ready to handle the inclusion of alternative fuels, particularly gaseous fuels, into the fleet?

According to Bill Davis, director of the National Alternative Fuels Training Consortium, located at West Virginia University, municipal fleets — much like their commercial counterparts — need a good start.

“What’s a good start? First you’ve got to determine what your needs are, whether you’re going to have a major or minor repair facility,” Davis said.

A fleet can also choose a combination of a minor and major repair facility, with the solution being a blast wall between the two. This solution actually cuts down costs, Davis said.

The second consideration is what fuels are going to be inside the repair facility. Natural gas, or CNG, contains 88 to 99 percent methane.

“It’s lighter than air. When its released, it will want to go up,” Davis said. Propane, or LPG, is a low carbon, energy-dense fuel and is heavier than air. It will want to create a pool on the ground before becoming a vapor.

Both fuels, however, do not have much chance of being explosive since they have a higher flammability rate compared to gasoline. They both also use closed systems making them safer than regular gasoline and diesel vehicles.

The primary concern for any facility is unintended release of a gaseous fuel, which is why knowing different fuel types’ properties are important. To prepare for unintended releases he suggests fleets install gas detectors and both active and passive ventilation. Some fans can be hooked directly to methane detectors that automatically start when an unintended release occurs. Other things fleets will want to do include checking specific electrical requirements and knowing possible ignition sources like welding tools or heating/cooling equipment. “If you have a radiant heater in a natural gas facility that’s probably not a good thing.”

Davis recounted the experience of one facility that had a line break. The LPG puddled and ran right toward a space heater, which created a fire but not an explosion. Luckily, the technician was able to get out before the fire ignited. “Those are the type of things you have to look at.”

Another component of getting a good start is to have a good working knowledge of the codes and standards that apply to the type of facility being built. Make sure you understand them before you begin the process, he recommended. Additionally, fleets should make sure contractors are well-versed in them.

In particular, municipal fleets will want to look at the major codes, especially nfpa 30, fpa 52 and nfpa 88. Other codes, like the International Fire Code, International Mechanical Code and International Building Code are equally as important. And when bringing a facility to code, fleets will need to work closely with the authorities having jurisdiction, aka AHJs, from fire marshals to relevant city officials. 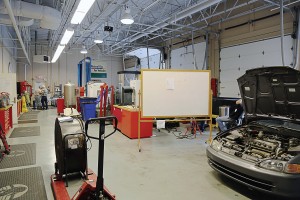 When working with CNG and other gaseous fuel vehicles, shops must be up to code in order to handle unintended releases of fuel. Pictured is the National Alternative Fuels Training Consortium’s shop. (Photo provided)

“You need to talk to your authorities having jurisdiction and get their expertise,” Davis said. “Work with them. They’re the ones with the final say-so.”

However, in quite a few cases, small- to medium-sized municipalities have to assist in that education. In some cases both the municipal fleet and the AHJs are learning together. “In a lot of cases municipalities are really having to work with their authorities having jurisdiction and put information about requirements in their hands.”

Davis stressed the necessity of working with local code enforcement offices in order to make sure the transition is completed correctly and safely. When naftc put in its facility, the West Virginia state fire marshal was brought on board and made aware of what they were doing and why. This led to a smooth approval process and no issues even 10 years down the road.

“We have one of the of safest environments,” he said of fleets that work with CNG and LPG. “They are inherently safer vehicles.” For this reason it’s important to carry that safety over to the environment where the vehicles will be, in addition to properly training all those who will have contact with the vehicles. That is why thought to training should occur even before putting the first vehicle in the bay. “Fleets that are being very successful are putting training in place beforehand; it’s the key and secret.”

New technology can be overwhelming, but Davis stated with proper training “the fear, the lack of confidence goes 99 percent to 100 percent away.”

He noted a grocery store chain in Pennsylvania that converted its fleet to CNG. The company trained all its technicians, plus its drivers, so they would understand the vehicles and have confidence around them. “They fought over who got the new ones first,” Davis said of the drivers.

National Alternative Fuels Training Consortium is the only program nationwide that does training for alternative fuels with the goal of lessening America’s dependency on oil. Its programs have been well received, and the naftc has received the Automotive Training Managers Council’s National Excellence in Training three times. Among those courses offered are ones geared toward first responders. Other avenues for training can also come from the manufacturers, who will offer specific training for their systems.

“It’s the right thing to do,” Davis said about switching to alternative fuels. “It’s domestically produced, we have more natural gas than we can use in a significant time period, it uses homegrown laborers … it’s a win-win all around.” Davis just advises municipalities to “be really careful and plot and plot.”