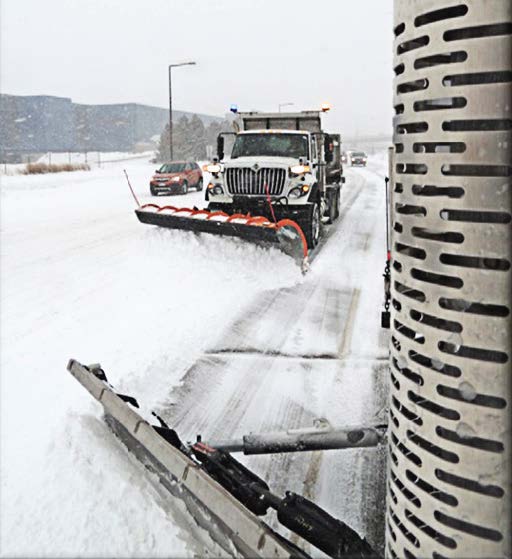 An anti-icing truck prepares the roads prior to an impending snowfall in Bloomington, Minn. The city has its own brine-blending station and uses both regular salt and treated salt. Most of the city’s snow and ice control operators are Minnesota Pollution Control Agency certified road salt applicators. (Photo provided by the city of Bloomington, Minn.)

With shivering memories of last year’s arctic cold, heavy snow and other miserable weather, public works is bracing itself in case this winter is a copycat of the last one. So far, indications are that it will be. Bloomington, Minn., one city that’s experienced in putting boots on the ground when the snow flies, has been ranked highly the last few years for removal tactics. Recent accolades include:

American Public Works Association Award: Bloomington was one of three winners to be recognized for excellence in snow and ice control in 2014.

National Research Center Survey: Bloomington ranked No. 1 in 2012 and No. 2 in 2013 in the National Citizen Survey, which allows cities to compare their snow removal results against those of 500 cities in the NRC’s database.

Salt Institute Safe and Sustainable Snow-fighting Award: The city has been recognized almost every year from 2007–12 by the entity that honors snow fighters for protecting motorists and the environment. Some of the criteria is based on how salt is stored, handling of salt, control of run-off and equipment maintenance. 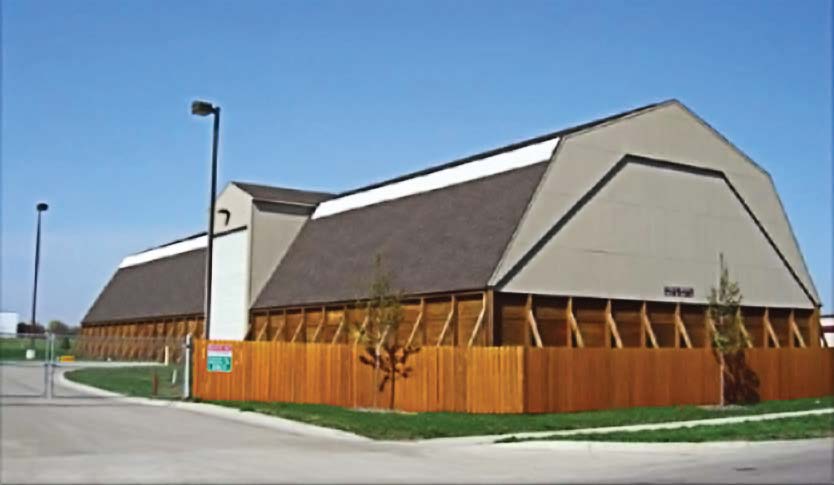 A nearly 18,000-square-foot enclosed salt shed was constructed in 2003 and stores, loads and mixes salt. (Photo provided by the city of Bloomington, Minn.)

“I was very happy for the employees to be recognized for their efforts,” said Jim Eiler, maintenance superintendent with Bloomington Public Works. “Snowplowing is an unscheduled event, so everyone misses a lot of family activities, including holidays. To be ranked that highly by our citizens is fantastic. It shows that the residents appreciate the service we provide.”

Bloomington boasts several key industries, including the Mall of America. It maintains more than 300 miles of road, 512 cul-de-sacs, 250 miles of sidewalks, 33 skating rinks and numerous parking lots and walkways. It also averages 45–50 inches of snow annually.

A snow emergency hotline is listed on the city’s website and citizens are encouraged to report unsafe conditions. Other media outreaches include TV, emergency alerts, social media and mailings to continually prepare citizens for each winter’s icy blast.

One creative local initiative involves adopting a fire hydrant. Residents are encouraged to keep a fire hydrant clear of snow so that firefighters and water maintenance workers have access to it should an emergency occur.

Each winter, public works crews visit the schools to inform students about snowplow safety. One big “no-no” is playing on or tunneling in the huge snow banks that accumulate from plowed snow piled high near streets and cul-de-sacs.

Residents are asked to keep their own sidewalks shoveled and report slippery intersections and other perils they come across to the city, which has 10 sidewalk snow removal units. Removal of a 3- to 5-inch snowfall takes less than three days to complete.

For sidewalk plowing, a 25-gallon herbicide sprayer was converted to anti-icing equipment. Other sidewalk efforts include adding six new sidewalk machines with ribbon-style blowers to their arsenal, along with a Toolcat utility machine with blower, broom and V-plow. Bloomington’s special cul-de-sac plowing equipment includes seven payloaders with plow/wing combinations and 13 pickups rigged with eight to 10 Western Wide-Out convertible plows.

A center plow shoe added to the blowers helps operators ride smoothly over sidewalk joints and eliminates many of the jolts when blowers’ cutting edges hit sidewalks; and a trip-cutting, edge-on blower trips when it encounters a solid object. 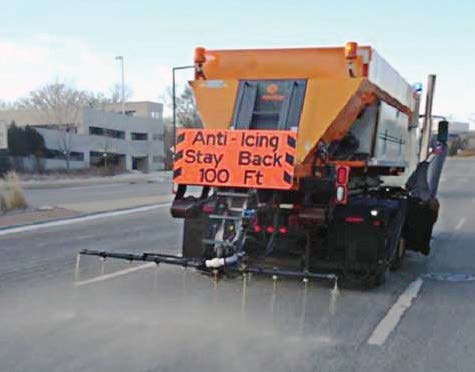 The city installed automated vehicle location equipment in its snow and ice control vehicles, which makes it easier to collect and analyze data such as salt application rates, total usage and actual plow-down times. (Photo provided by the city of Bloomington, Minn.)

Bloomington pretreats its streets with anti-icing brine emulsion. After a snowfall, crews resand areas that have become icy due to traffic. One plow truck with a wing is used to push back 25 miles of curbside walks and a standard pickup truck plows wider blacktop paths. Weekly meetings are held concerning snowplow operator safety.

The city’s equipment division has made several customizations to plow cutting edges to prolong their life and minimize breakdowns, hydraulics and overall chassis and body modifications, said Eiler.

According to Attila Katona, equipment operator for the street maintenance section, the department begins its snow removal program in October.

“All the guys who go out for snow removal begin early training in our makeshift snow rodeo. We start before the snow begins and place obstacles like cars, cones and barricades on an off-road site and maneuver around them.

“In 1991, we got a Halloween blizzard with about 12 inches that day. You can never predict Mother Nature, and that is why we try to start our rodeo in October.”

Longtime Bloomington residents Gwen and Paul Frosig have been “very happy with the city’s response to keeping the streets clear, and for the anti-icing material they applied to the emergency routes before the storm arrived. Because of this, most people were able to get to work on time or shortly thereafter,” said Paul.

April, “a grateful resident,” waxed enthusiastic about the snowplowing crews going the extra mile, “above and beyond, clearing plow buildup at intersections and along curbs. I witnessed one of the Bobcat crews in action … and saw leveled corners and orange-tagged shoulders. We’re very appreciative.”

“I can’t get over the outstanding snow plowing service … the speedy and complete quality service allows my family to get out of a complex neighborhood for work (even when we don’t want to) … your staff is so good I’m starting to think my taxes are too low (did I say that)?”

While Eiler is grateful for the kudos that his department earns, he admitted to one unhappy task that frequently occurs.

“The worst part of the job? Calling employees to come plow on Christmas morning,” said Eiler.