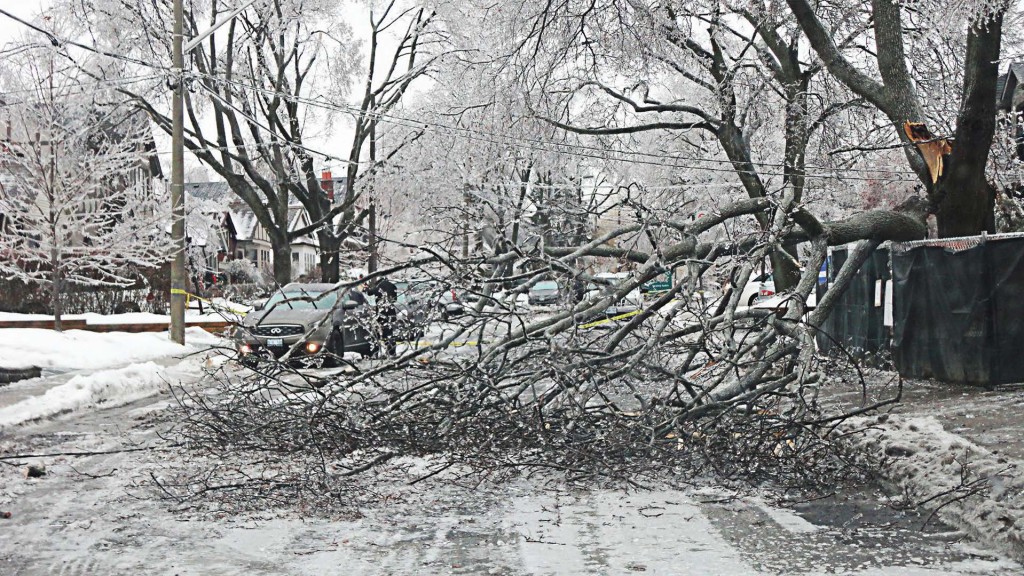 The past winter was one for the record books. No one knows this better than Peter Noehammer, engineer and director of transportation services for the Scarborough District of the city of Toronto, Ontario, Canada.

Toronto is getting its roads back in order, but it’s taking some time. The winter, which included an ice storm on Dec. 22, definitely contributed to much-higher pavement stresses on roads in Toronto, said Noehammer. Normally, temperatures don’t drop to below -20 degrees Celsius in the winter months, but this year there were five separate occasions when they dropped below that mark for several days at a time.

“This opened up cracks in roadways, and during deicing activities or when there was moisture on the roads on milder days, water was able to get under the road surface to form pockets of ice,” he noted. “This heaved the pavement and, as the weight of vehicular traffic passed on top of these areas after the ice had melted, potholes appeared in great numbers.”

After the storm, crews were working extremely hard to perform their winter maintenance activities of salting and clearing roads and sidewalks for public safety. In addition, due to fallen trees, crews were working throughout the following week assisting power and forestry crews with opening up blocked streets. Warmer temperatures by the weekend of Dec. 28–29 caused a large number of potholes to appear as the road surface went through another thaw cycle, and in response crews were assembled to work Dec. 29 on a concentrated road repair effort. On that one day, 40 crews filled 2,149 potholes using about 63 metric tons of material.

“Their dedicated efforts after working under extremely challenging conditions the previous week showed a commitment to keeping roads safe for the people of Toronto,” said Noehammer.

“Typically, we’d fill about 180,000 potholes a year, at a cost of about $3.6 million. So far this year (by the end of May), we’ve filled 203,000 at a cost approaching $4 million. We’re also doing a lot more asphalt repair in response to stresses on the roads,” he noted. “City council approved an extra $4 million to address problem areas that are severely deteriorated and not due for resurfacing in the next several years.”

As a result of the greater focus on road surface conditions and state of repair, the city council authorized the additional $4 million towards immediate road rehabilitation treatments in 2014 for road sections that were experiencing greater deficiencies. These defects consisted of failed utility cut repairs, depressions, severely cracked sections of pavement, large areas of pothole repairs and areas of heaving around maintenance chambers. 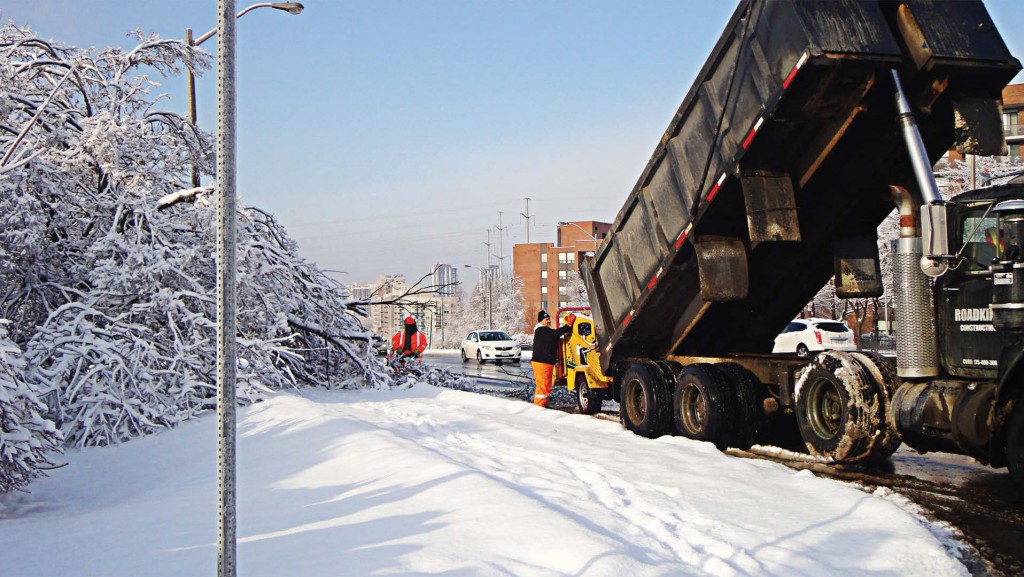 Toronto has 5,600 kilometers of roads to maintain. Crews have been busy patching potholes after a long harsh winter. (Photo provided by Transportation Services, Scarborough District, city of Toronto)

Toronto’s roads are paid for by capital funding that is provided for resurfacing and reconstruction. Fortunately, the city council had approved $30 million in main road resurfacing for a 10-year period that began in 2013, in order to reduce the backlog of streets in need of rehabilitation in the coming decade and also to avoid having streets fall into a state of disrepair requiring even greater expenditures to reconstruct them.

Toronto has a large crew that works in the transportation services division.

“We have just over 1,000 employees … and they perform a range of activities related to planning, designing, building and maintaining the city’s road and sidewalk system and traffic control systems,” said Noehammer. “We are promoting active transportation modes and complete street functionality on many streets in Toronto.”

With 5,600 kilometers of roads to maintain, the department is structured in sections.

“We have four geographically based operations sections that look after traffic and parking operations, road maintenance operations, and development review and permitting for right of way activities,” he explained. “We have three centralized sections to deal with: traffic management and control systems; infrastructure asset management and policy planning; and public realm enhancements.”

The city also has a “pothole counter” on its Twitter account. Between May 12 and 16, 7,608 potholes were filled and recorded for the counter.

“This is a new feature we added to our website this year,” Noehammer said. “It was in response to the much-greater-than-average-amount of road repair work we had during and after this past winter since the media and public were interested in being informed as to the progress of the city’s work. We were tracking the number of pothole repairs in 2014 at about double the average annual rate in Toronto.”

For more information or to view the pothole counter, visit www.toronto.ca/transportation.