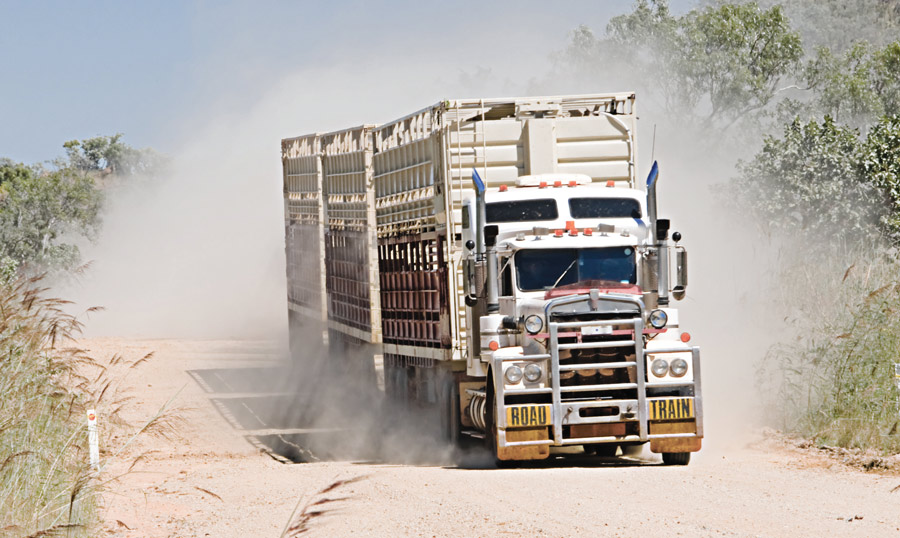 A summer’s drive down a dusty gravel road can lead to the quick rolling-up of windows and more than just the temporary inconvenience of coughing. The dust that causes poor-quality air on over half of the unpaved roadways in the United States can also affect crop yields, driver safety when the dust inhibits sight and overall quality of life for those living near these roads.

The Minnesota Local Road Research Board recently conducted a survey on dust control practices to aide its counties in choosing the best resources for the suppression of dust.

According to Farideh Amiri, project coordinator for the Minnesota Department of Transportation, the report is “another tool for the toolbox” of those whose job it is to control dust. While information existed before the study about which substances work best to suppress dust on aggregate roads, it hadn’t been compiled or effectively disseminated to the appropriate agencies.

“Dust is an increasing issue nationwide, but there’s not a lot of consistency in what’s being used to control it. A variety of products can be used, but a lot of local agencies don’t know what’s available,” Rich Sanders, head of the Public Works Department of Polk County, said in the survey’s technical summary.

The goal of the survey was for the resulting compilation to point out each option, alongside the pluses and minuses of each so that each agency could decide which would work best for its area.
The board actually accomplished its task by conducting two surveys. The first went to Minnesota county engineers and then used the Local Technical Assistance Program to gather nationwide results. Respondents were asked if they had a dust control program, and if so, what product they had used. Out of 253 responses received, 72 were from Minnesota, with the remaining from the rest of the country.

To the 47 respondents who said they had a dust control program, MLRRB sent a second survey asking for more information, garnering 39 additional responses. In addition, Iowa contributed 29 responses when queried by a LTAP member.

Amiri pointed out that another reason the report was necessary is that options exist that respondents weren’t even aware of. Renae Kuehl, associate traffic safety engineer, SRF Consulting Group Inc., noted in the technical summary: “There’s a lot of research out there about dust control on aggregate roads. Our goal was to put together a document to help users determine the best dust control product for their needs.” 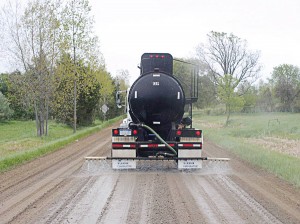 The survey included a section for comments by respondents. Their experiences suggest that cost and prior use of a dust suppressant drove the present day choice, instead of the use of manuals. Respondents also shared the pros and cons of what they use.

Magnesium chloride users noted that it has a residual effect. After the first year not as much of it is needed, which saves money. The reduced need for blading and its ability to be effective even after it has been graded also spoke well of it. However, use could lead to the corrosion of vehicles, damage to vegetation, and magnesium chloride doesn’t always stay in place when the road is soaked, respondents noted.

The other leading contender, calcium chloride, not only also causes vehicle corrosion but, if applied in late fall, can cause gravel loss in the winter. Respondents found it to be quite successful in its goal of controlling dust, however.

In addition to the report, LRRB collected a list of resources for departments weighing their dust control options. “Unpaved Road Management: A Successful Practitioner’s Handbook,” just out from the Federal Highway Administration, is based on a tour that visited dust control issue sites. Another recommended report is “Unpaved Road Chemical Treatments: State of the Practice Survey,” a nationwide survey which accompanied the book by the FHWA. The last, “Dust Palliative Selection and Application Guide,” is a guide from 1999 that the LRRB found to contain still-relevant information.

Amiri would like to see the LRRB survey followed up in the future with another to discover to what use local agencies put this report and what results they have achieved by it.