Tax incremental financing is sometimes hailed as the greatest thing since sliced bread. Other times it’s denounced as a poison pill for local government budgets.

TIF, a taxing method to entice urban redevelopment, was invented by the California legislature in 1952. Since then it has become popular as a method to raise funds for housing, commercial and industrial enterprises and public transportation projects.

For the duration of the TIF district — usually five to 30 years — additional tax revenue anticipated from the increase in property values in the district is used to pay for the project for which the district was created. Often the funds are dedicated to repaying bonds sold to get the project underway, but they can also be used to pay for studies and surveys, marketing, relocation and financing costs. 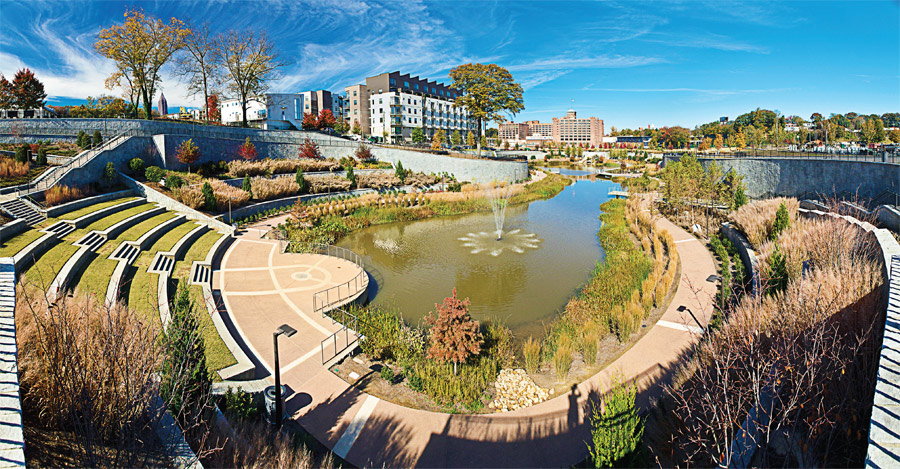 Incorporating the existing waterway, historic Fourth Ward Park in Atlanta, Ga., offers an enticing respite of natural beauty beneath the nearby towering urban edifices. Included in the oasis are a variety of decorative vegetation, a fountain, bike paths, walkways and an amphitheater. (Photo provided)

If everything goes as planned, several things happen:

The procedure is complex and fraught with pitfalls, but municipalities can maximize their chances of success by thoroughly analyzing several questions:

Not everyone is a fan of the procedure.

Count Randal O’Toole, a senior fellow with the Cato Institute, as one of its harshest critics. He cites several objections in his 2011 paper, “Crony Capitalism and Social Engineering: The Case Against Tax-Increment Financing.”

O’Toole contends that in light of the U.S. Supreme Court 2010 decision of Kelo v. City of New London, expanding a municipality’s power of eminent domain, many states loosened their definition of “blighted” property.

Further, he noted that only Georgia requires voter approval for TIF projects, and alleges that “elected officials use TIF to engage in crony capitalism” and “urban planners use TIF to practice social engineering.”

“Once one hotel, office building, or housing complex is built with TIF subsidies,” he wrote, “developers are not likely to want to build competing projects that are not supported by similar subsidies.”

For these and other reasons, O’Toole advocates the repeal of state TIF statutes, concluding that there is “little evidence that city governments are better than private developers at determining the type and location of new development that cities need, and plenty of evidence that they are not as good.” 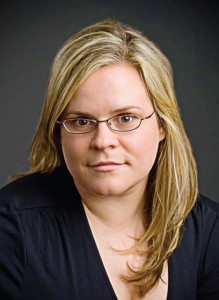 Katie Kramer is vice president of the Council of Development Finance Agencies, a consulting organization based in Columbus, Ohio, that advises municipalities about project funding. (Photo provided)

Katie Kramer, vice president of the Columbus, Ohio-based Council of Development Finance Agencies, believes many of O’Toole’s arguments can be answered by local government officials following the advice she gives to all her clients: “Make sure you have done your due diligence, conduct a ‘but for’ test and be open and transparent with your constituents.”

Her advice to municipalities considering TIF: “There are great developers with creative ideas and great cities with creative ideas.” Cities must be flexible, she said, and have a premeditated game plan in place to snap up the opportunities that come along.