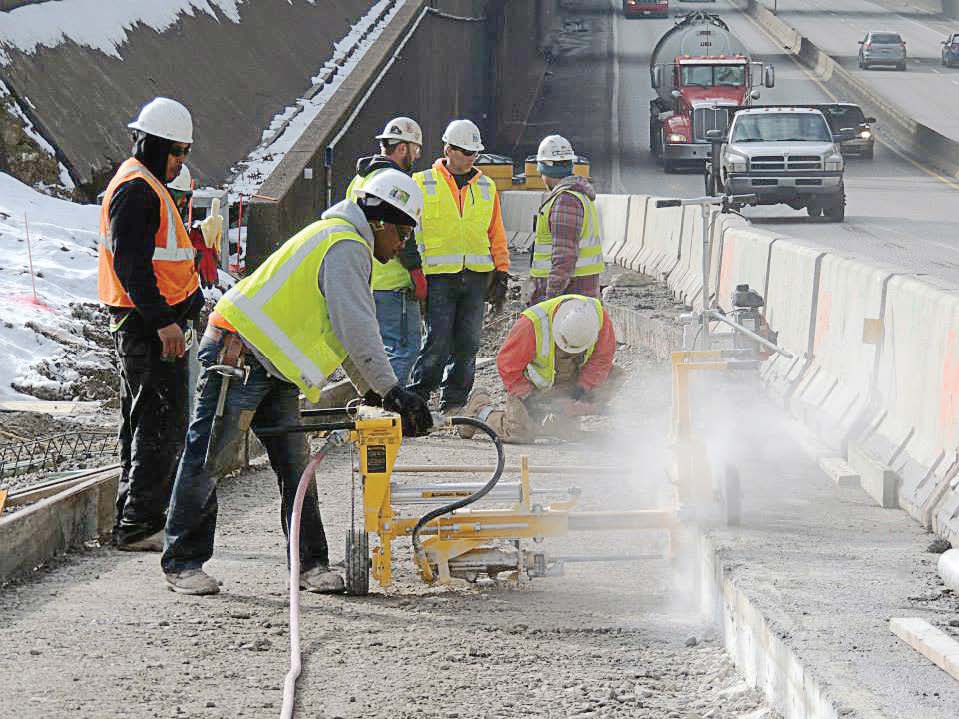 Budget shortfalls at the state level and uncertainty about the future of federal funding prompted the Missouri Department of Transportation to suspend a road improvement cost-share plan in January, causing multiple projects to be postponed. (photo provided)

Economic belt tightening has impacted construction projects at all levels of government. Decision making at the federal and state levels is having severe implications on regional and municipal projects, many of which, as in Missouri, were well past the planning and into funding and implementation stages when the plug was pulled.
In January 2014 the Missouri Department of Transportation voted to suspend state funding assistance for new projects under the Statewide Transportation Improvement Program. It cited “uncertainty about future federal funding, declining fuel tax proceeds and increasing costs of doing business,” as the basis for its decision.

The program began in 1998 to help local communities and municipalities accelerate road and transportation improvement projects through cost-share and economic development funding assistance. Under the cost-share plan approved improvement projects were funded up to 50 percent by MoDOT, with the appropriate local government entities covering the balance. Improvements to the state highway system were covered up to 100 percent, provided that the project was verified by MoDOT as one that created jobs in the state. In the 15 years since its inception, the cost-share program has been utilized for 178 projects around the state.

As a result of financial shortfalls within the Missouri government, the state’s budget for road and bridge construction has been cut from about $1.3 billion several years ago to $685 million in 2014. Projections suggest the MoDOT budget for 2017 will be slashed to $325 million, far short of the $485 million that Transportation Department Director Dave Nichols said is required to maintain the current highway system in Missouri.

“We’re not going to be able to accomplish what Missourians want or expect,” he said during a January news conference announcing the plan’s suspension.

State officials say the budget shortfall is impacted by factors such as rising material costs and declining fuel tax revenues, which is partially the result of more fuel-efficient cars. Missouri currently operates the seventh largest state roadway system in the country with 34,000 miles within its borders.

A bipartisan effort in the current session of the Missouri legislature proposed a statewide ballot initiative, which would take to the voters the option of increasing the state sales tax by 1 percent for the next 10 years to fund state transportation costs and needs. The bill was passed by the House but was amended in the Senate to reflect a .75 percent increase. The amended proposal has been returned to the House for deliberation and has yet to be considered. Should it pass, the question will be added to the November 2014 statewide ballot for voter consideration.

A similar measure to create a 1 percent sales tax increase failed to reach a vote before Missouri’s House and Senate adjourned the 2013 legislative session. Experts estimated the tax would have generated $725 million each year and would have been earmarked to fund transportation programs in the state.

MoDOT Chief Financial Officer Roberta Broeker emphasized that the cost-share program is currently suspended but has not been canceled, contrary to misconception. The agency is waiting for the results of sales tax increase initiative before making any further decisions on the program.

“It was a very popular program, and there is a real desire to continue it,” she said. “However, it is all dependent on whether the funds are available before any further decisions can be made on the program’s future.”

According to Broeker, at the time the cost-share and economic development program was suspended in January, the list of potential future projects contained 45 proposals with an estimated total cost of $439.6 million. If the program is reinstated, those projects will be reviewed for potential state funding.

County and municipal governments around the state that have projects on hold are hopeful that a favorable resolution is reached and the cost-share program is reinstated by MoDOT. However, local leaders are cautious in their anticipation as they understand the current economic shortfalls affecting the state.

Some of the local entities have begun searching for alternative funding, such as bonds, grants and local tax increases; however, the majority are waiting to see what happens in November, putting many projects in indefinite limbo.