↓
Home→Healthcare→What to expect from the Affordable Care Act

Despite attempts to repeal it and legal challenges questioning its constitutionality, the Patient Protection and Affordable Care Act is about to have one of its major components come into effect during 2014: a mandate requiring everyone to purchase health insurance or pay a fine. This new law will affect public employees, in addition to the cities and towns employing them. 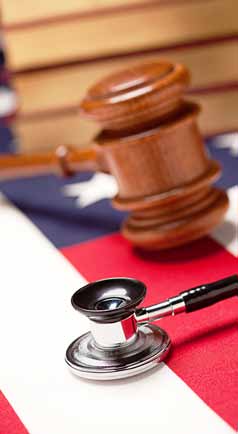 Under the new Affordable Care Act, self insured
cities also have flexibility for at least the first two years, until reporting mandates take effect. That’s when they will have to prove they are well-funded and meet all requirements.
(Shutterstock photo / Andy Dean)

“I think it’s fair to say (the ACA) is impacting cities and towns as it would impact any other employer,” said Neil Bomberg, program director of federal advocacy with the National League of Cities. “They will have to meet the same standards and requirements as private sector employers.”

Like the private sector, municipalities will have to provide certain free benefits to their employees, in addition to meeting certain reporting guidelines and other requirements. Some of those requirements are: the 2014 insurance market reforms; reporting and payment of the Patient-Centered Outcomes Research Institute fee; timely distribution of any Medical Loss Ratios rebates; providing a Summary of Benefits and Coverage; Wellness program rules; the exchange Department of Labor notice; and a reporting healthcare loss on W-2s.

Employer mandate penalties and the employer reporting requirements do not start until 2015. The penalties require employers with 50 or more full-time equivalent employees to provide affordable health care coverage to them and their dependents. Penalties apply when employers have at least one full-time employee who qualifies for a premium tax credit and uses it to purchase coverage in the health insurance exchange. According to the UC Berkeley Labor Center’s “The Affordable Care Act: A Guide for Union Negotiators,” full-time employees are defined as working “an average of 30 hours or more with respect to any month, and non-seasonal is defined as working 120 days or more in a taxable year.”

For the insurance to be deemed affordable, it, too, must meet certain requirements; namely, the premium of individual coverage cannot exceed 9.5 percent of a low-income employee’s household income with low income being defined as those between 100–400 percent of the federal poverty level. Also the plan must pay, on average, at least 60 percent of the costs of covered services.

This new definition of full-time employees, coupled with budget constraints, may put municipalities in a bind — leading to reduction in work hours or doing more with fewer employees. Though Bomberg noted most cities, no matter their size, shouldn’t have a problem with the new law since many are already providing quality health benefits to their employees who meet new requirements. Their biggest concern, according to Bomberg, is how to handle part-time employees. Smaller cities and towns that employ less than 50 full-time employees will, of course, have more flexibility.

Bomberg noted if cities or towns are a union workplace there will be more to consider. “Union plans are generally grandfathered,” he said, noting short-term there will be little effect. “Long-term they will have to examine (their plans) and make sure it meets all requirements.” Another consideration is at what point a plan will cease to be grandfathered.

Some cities and towns have the benefit of being enrolled in a state insurance program, which uses a single provider in state. A provider expert then ensures everyone is in complete compliance and can even provide the reports necessary for reporting compliance. Self-insured cities also have flexibility for at least the first two years until reporting mandates take effect, where they will have to prove they are well-funded and meet all requirements. 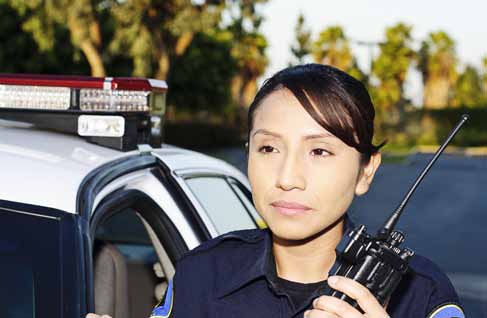 Higher-risk professions like fire, emergency medical service and police will have a higher tax benefit threshold than the general public, but the exact threshold has not been released. (Shutterstock photo / John Roman)

“I know a lot of cities have consulted with benefit consultants,” said Bomberg.

Impact for public works will be no better or worse than the impact on private sector employees, Bomberg stated, “No doubt we will hear constant pros and cons — this is inevitable of change and a new system.”

Bomberg noted the change is something the NLC has welcomed, noting they and most municipalities believe in good, strong healthcare coverage, which is shown to increase productivity and longevity, while helping lessen the impact of chronic health issues and other diseases. “We’re pretty optimistic once we get past the implementation issues.”

Beyond 2014 and 2015, cities and towns are already looking ahead to 2018 and the start of the ACA’s excise tax, being called the “Cadillac” tax. As part of this component, a 40 percent excise tax will be imposed on the value of health insurance benefits that exceed certain thresholds: a $10,200 threshold for individuals and a $27,500 threshold for families. Self-funded plans will have the administrator — often the employer — pay the tax while fully insured plans will have the issuer, or insurance company, pay the excise tax. While the threshold may increase to balance inflation, that remains something to be seen. But no matter what, municipalities are going to have to address tough questions.

“Clearly, this is an issue that every city and town is going to have to address,” said Bomberg, noting cities are going to have to ask how strongly they feel about the health care they provide. “Are they willing to absorb that extra cost? They may decide that is something they want to do — that it is something employees are entitled to and deserve.” Of course, cities and towns may change benefits and plans to bring down that added cost of health care.

The most impacted will likely be cities or towns with public unions, according to Bomberg. “Cities and towns will have to address plans with their public union and talk about change. I do know that some cities and towns — those with collective bargaining — are already in discussion about plans in anticipation of the excise tax.” Bomberg noted time is important so employees can understand what is happening.

Higher-risk professions like fire, EMS or police will have higher thresholds the IRS will set, Bomberg stated, but noted the exact threshold has not been released. “We haven’t got a sense of how different those thresholds are. Hopefully, they will give employers at least one plan year to make adjustments.” The hope is for the thresholds to be known in 2016, allowing municipalities time to make decisions to move forward.

Across the board between municipalities and public unions, concessions and difficult decisions will need to be made. “I think nature of local governments is they don’t want to be bad employers,” said Bomberg, noting municipalities want to give employees the best health care and other benefits they can afford. “Whether through collective bargain or straight through labor management, they are going to have to talk through it.”

For information, visit www.nlc.org or download its health insurance marketplace toolkit:
bit.ly/1adSqce
What the ACA’s cadillac tax will mean for cities and towns: bit.ly/1eSo6mS
Should cities move their retirees off existing health care plans? bit.ly/16kbnpR