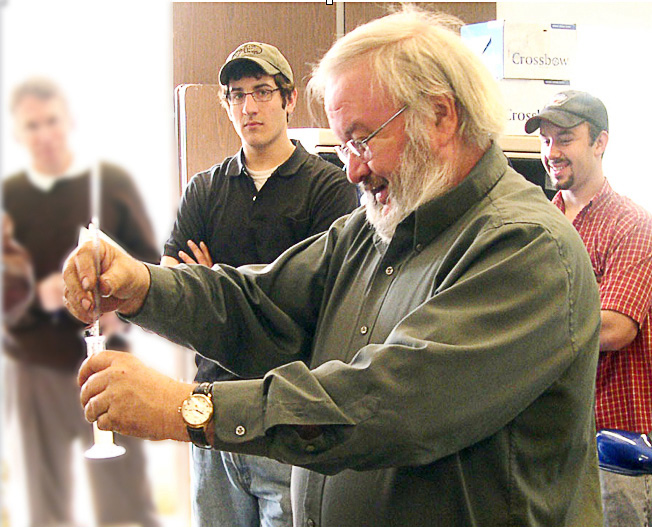 One method of testing biodiesel fuel is the 3/27 test, which gauges the quantity of glycerides — unconverted feedstock — that might be present in the fuel. The photo shows Wilson Community College professor Rich Cregar checking a sample for his biofuel technology students. (Photo provided)

On Sept. 4 New York City Mayor Michael Bloomberg signed a citywide ordinance mandating the use of a minimum B5 biodiesel fuel in all internal fleet vehicles.

The mandate also required that April through November all public works vehicles will use B20. That action legalizes a policy the department has had for nearly five years.

Biodiesel fuel can be a great alternative to fossil fuels if used correctly. But biodiesel fuel is relatively unstable and comes with a few glitches — the potential price to be paid for protecting the environment.

Biodiesel fuels are diesel fuels that are animal fat or vegetable oil based. After production they are chemically combined with methane alcohol to produce fatty acid esters, which can then be burned.

“B5 is an introductory fuel,” Kerman explained. “It’s not a substantial enough impact to the tanks.”

Kerman stated that the majority of insurance companies will cover fuel tanks, underground storage tanks and vehicles at anything under B20, which is the industry standard. But there are other reasons for the easy transition.

“In the summertime you can run a high percentage of biodiesel because it’s warm,” Rich Cregar, department head for Advanced Transportation Technologies at Wilson Community College in North Carolina, said. “Another strategy in the wintertime is, you can blend it. By blending petroleum, it’ll keep lowering the gel point.”

In the past petroleum had a freezing point of around negative 5 degrees. But with recent chemical alterations, it now freezes at around 10 degrees. Either way, it’s a far cry from the 40-degree gelling point of pure B100 biodiesel fuel.

“What I would advise, if you’re new to biodiesel, is to start with B5. It would give you some time to get used to it. I don’t think you need more than five or six months, and you’ll have few problems, if any. Biodiesel does have some minor solvent capacities,” Kerman said. 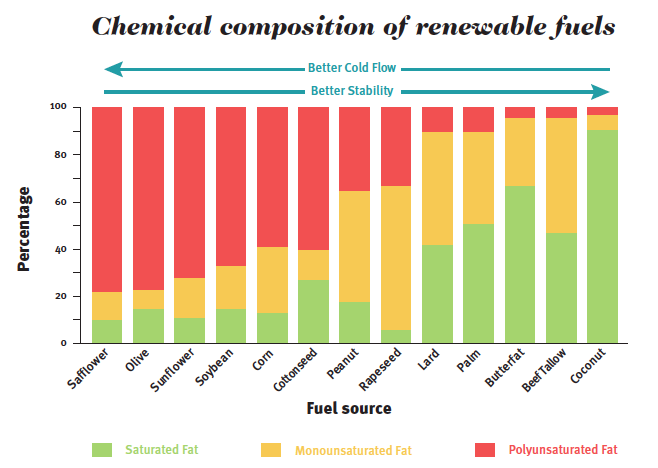 The biggest concern for northern states, when it comes to biodiesel fuel, is the high gel point.

Cregar recommends setting a sample jar of biodiesel fuel from the current batch in the underground storage unit. 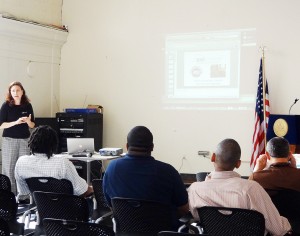 New York City recently established a mandate for the use of biodiesel fuel on fleet vehicles, including some emergency response vehicles and all public works vehicles that are not off-road. Before the mandate, 200 staff members attended a National Biodiesel Board class to get certification in biodiesel technologies. The photo shows Rachel Burton, trainer, instructing a group of NYC technicians. (Photo provided)

“When you’re fueling, if you can see through the jar, go ahead and fuel. If it’s cloudy, don’t use it because it’s turning into wax,” he said.

In cold weather keeping biodiesel fuel from gelling can be difficult. So companies are finding new ways to make vehicles winter-ready. Purchasing a biodiesel copper coil heater kit, which hooks up to either end of the filter, can alleviate the problem.

Once the vehicle heats up, the fuel will return to normal, but until then, preparedness is important, especially if faced with an emergency.

Many community colleges offer comprehensive training on biodiesel fuel. Programs range from condensed four-hour courses to four day conferences, with two-day seminars being the norm. Cregar himself offers training and seminars through Wilson Community College for municipalities across the country.