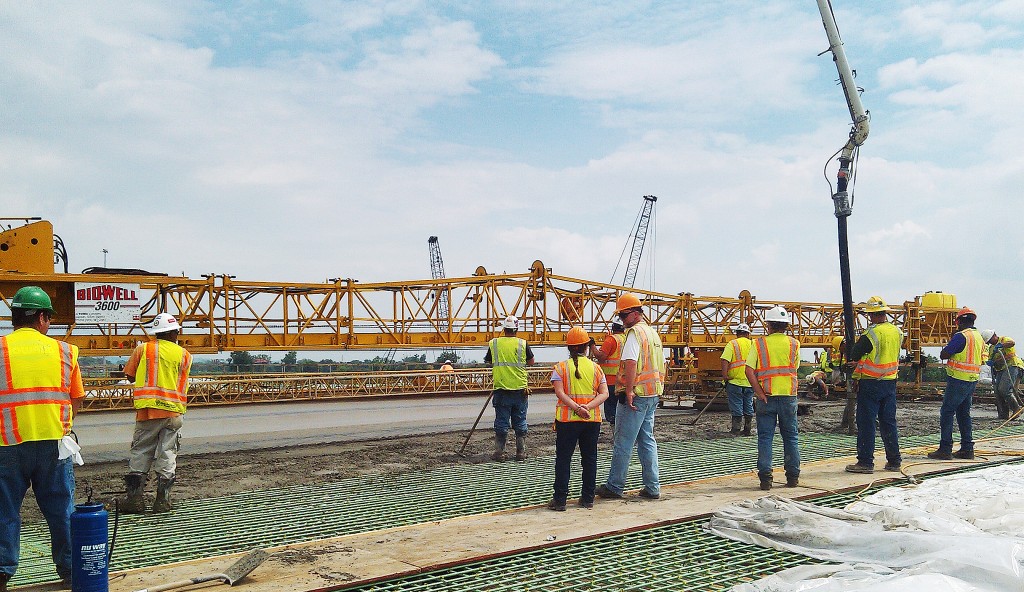 Under construction since 2010, the New Mississippi River Bridge Project should be open for public use by February. At that time, there will still be some minor decorative features to add, and those should be finished in the spring. (Photo provided)

The first new bridge connecting St. Louis, Mo., and Illinois in over 40 years is nearing completion. Currently, one bridge carries traffic for I-64, I-70 and I-55 across the Mississippi River: The new corridor will reroute I-70 off of the Poplar Street Bridge.

“With carrying three interstates, it’s a vital link,” said Randy Hitt, project director for the New Mississippi River Bridge Project. “The thought is to move one of the interstates off the structure and give it some release.”

Jeff Keirn, acting Region Five engineer for the Illinois Department of Transportation, said that probably the most difficult part of planning the massive structure was related to funding. In the beginning, the project called for a budget of nearly $200 billion and included an eight-lane bridge.

“The reality is we looked at our funding and realized this is what we had to work with,” Hitt said. “The main purpose was to pull traffic off the bridge, and we can still accomplish that with a (four)-lane bridge.”

In the end, Missouri and Illinois decided to compromise on a four-lane bridge spanning the river.

Aside from the price cut, the two states had federal mandates to cope with as well. Because federal funding was used to supplement the project, one state was required to be designated as the lead. Missouri was chosen. The Missouri Department of Transportation also agreed to deal with the majority of the construction on the bridge itself, leaving Illinois to focus on the approaches.

“From the Illinois side, it’s a very archeologically rich region,” Hitt said. The project is located near the Cahokia Mounds, so an archeological expedition was mandated to test and explore the land. While many such digs take a week to a few months to complete, this one took nearly three years.

Because of the extensive length of time, IDOT decided to continue progress on the approaches as the dig ran on. In possibly one of the first times in the history of Illinois, an archeological dig took place at the same time utility crews were relocating lines and contractors were beginning construction.

“There’s conflict between those three. We knew we were going to have conflict,” Keirn admitted. “How we resolved it is, we sat down with everybody, together, face-to-face, in quarterly meetings. We actually designated a person from IDOT, and he coordinated all these activities to eliminate the problems before they happened.

“You need to keep an open line of communication, especially when you’re working with two states. It also could be said that you want to keep an open line with the stakeholders, whether that’s the local leaders, businesses organizations, legislators, whoever — and right behind that falls agencies, whether it’s the people that might be dealing with archeology or other resources,” he added. “You just need to keep communication up with the public. There’s always going be hang-ups, there’s always going to be struggles, but you need to have a vision to do everything you can to get the project finished.”

There are 37 projects in the corridor. Thirty two of those are assigned to the Illinois side. While Missouri deals mainly with the construction of the bridge itself, Illinois worked with the railroad around six different tracks, researched environmental risks and built roads leading up to the bridge crossing. 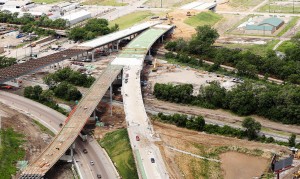 In Illinois, construction workers, utility crews and archeologists worked side-by-side to finish concurrent projects related to construction of a new bridge over the Mississippi River. A team was formed to ensure that the unusual circumstance created as few problems as possible. (Photo provided)

The New Mississippi River Bridge Crossing is set to open in February. With the decrease in cost from nearly $2 billion to around $700 million, the project won’t have all the bells and whistles, but it will increase traffic capacity, reduce accidents, spur economic development in the St. Louis area and allow for a sister bridge to be built if the need arises within the next 30 to 40 years.