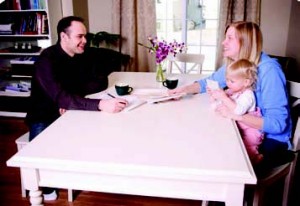 Auditors performed free in-home assessments for residents who volunteered to participate in the program. 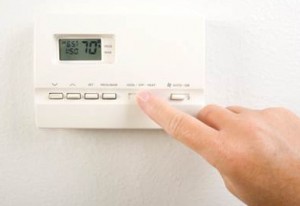 People who spend less on energy bills have more money to spend in their community, reasoned Apple Valley, Minn., Assistant City Administrator Charles Grawe when the city was considering a energy conservation program that involved residents, a local energy cooperative and the city. (Photos provided) 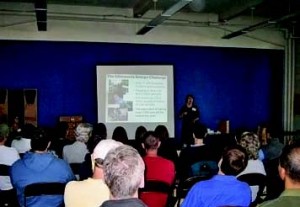 Why should cities, residents and utility companies work together to encourage energy conservation and efficiency? “If people are spending less on energy bills, they have more money to spend in their community,” explained Charles Grawe, assistant city administrator of Apple Valley, Minn.

The town’s local government believes the entire community benefits from reducing the energy costs that have skyrocketed over the last few years. “We all win if we are not wasting money,” said Grawe.

Minnesota utility companies have additional motivation: They’ve been mandated by the state to achieve a 1.5 percent annual energy savings. According to Mayor Mary Hamann-Roland, Dakota Energy Cooperative in Apple Valley teamed up with local government and residents to achieve this goal well before the imposed deadline.

The Better Energy program was initiated under a Joyce Foundation grant given to four very different Midwest cities: Apple Valley, Minn.; River Falls, Wis.; Milwaukee, Wis.; and Grand Rapids, Mich. Each community developed an energy efficiency model that worked best for its community size and type, within an approximate budget of $100,000.

Apple Valley’s BE Program took a multifaceted approach to educate and involve residents. Almost 1,000 households attended an educational seminar about ways to reduce energy consumption. “They discussed simple approaches, such as turning off lights in unoccupied rooms and switching to CFL light bulbs, and bigger solutions, such as better insulation and upgraded furnaces,” said Grawe. “Residents also could sign up for an in-home energy audit visit.”

Most workshop attendees took advantage of a free professional energy assessment of their homes. As of 2011, the program had provided Apple Valley with roughly $437,000 in energy savings over the lifetime of the products.

The program installed 16,680 low-energy CFL bulbs, 759 low-flow shower heads and 1,491 low-flow aerators. Over 165 households ― a surprisingly high 27 percent of all households that participated ― chose to undergo major changes, such as upgrading furnaces, boilers and insulation.

“In a program like this, you expect to see maybe 10 percent participating in this way,” said Hamann-Roland. “We were very pleased to see such a high percent make major changes.”

Since the program’s initial implementation, utility companies have taken over the program and now run these services themselves. “We’ve removed the middleman,” said Grawe.

Apple Valley’s experience is beneficial to other communities who want to reduce energy use. “Be prepared to be a collaborator and partner in a project like this,” said Hamann-Roland. “That is what it takes to make this happen.”

Hamann-Roland also suggested focusing on the financial benefits rather than politically hot topics such as the environment. “Focusing on energy efficiency in terms of savings is really the best way to talk to everybody about this instead of going into climate change, which some people want to talk about and others have no interest,” she said.

The mayor said she likes the saying: “Going green puts more green back into residents’ pockets.” Another popular phrase among the conservative sect in her community is: “Energy efficiency is true conservatism.”

“This was a real lesson for people on how to operate their home, which isn’t something you learn in college,” she said. “It empowered them. Many homeowners made changes to improve their homes. Everybody seemed pleased with the program.”

Apple Valley officials offered a few key takeaway points based on their experience: