↓
Home→Energy→A passion for energy: Rhonda Mosely teaches communities how to ‘MacGyver it’ when catastrophe strikes 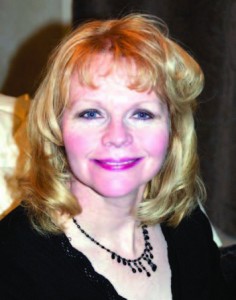 How would your community react if the power went out for days or weeks at a time?

That’s the question Rhonda Mosely poses to local governments and members of the private sector in order to help them create a continuum of operations when catastrophe happens. As the deputy executive director for research and government services with the Public Technology Institute, Alexandria, Va., she said most communities have an emergency preparedness plan. But that plan doesn’t always have a provision for what will happen when a long-term power outage begins to affect its very infrastructure.

“We know energy interruptions will continue to happen and will rise in terms of frequency and intensity. We have an aging infrastructure and a changing climate, and while we may not be able to stop a natural disaster, local governments can put a plan in place to have the resources they need when they need them,” she said.

That’s why she helped spearhead PTI’s Local Government Energy Assurance Planning Program, which is designed to help communities identify critical services that must be operational when disaster strikes and create a contingency plan for those services during an energy crisis. It’s not designed to take the place of an emergency preparedness program, but rather something that complements it.

“Through this program, communities learn with a small amount of tweaking, they can enhance their emergency preparedness plan 10-fold,” she said.

The LEAP program is made possible through the support of the Department of Energy and the American Recovery & Reinvestment Act in order to give local governments of all sizes—as well as members of the private sector—the answers and tools they need to combat whatever disaster comes their way. Mosely said it’s assured that energy interruptions to municipalities will continue rise in frequency and intensity in the next 10 years, and it is important for cities to be ready.

So far, the LEAP program has assisted 43 cities throughout the country with the creation of an energy assurance plan. Mosely is currently working with 22 additional communities in California to plan for the “what ifs” in life.

“It’s really neat to see how the lights go on when we make the presentation. They hear the message and it really hits home,” she said.

Mosely gears the presentation for the most likely threat to hit a region, including tornadoes in the Midwest, hurricanes on the East Coast and earthquakes out West. She then identifies the biggest needs for a community, because even those sometimes fly under the radar.

For example, when a natural disaster strikes, school buildings often serve as emergency shelters to the populace. While the building may have the space to accommodate an influx of bodies, its resources are not always equipped to handle the 24/7 demand.

“It’s easy to haul out the bills and say this is how much energy it takes to run a school for two to six weeks, but that’s assuming it’s only open eight hours a day,” she explained. “What happens when it’s needed 24 hours a day? Perhaps then a bigger generator or solar panels are in order to give you the energy you will need for that period of time.”

Communities are also encouraged to consider how they are affected when a loss of energy grinds them to a standstill, preventing energy from getting in or out. During Hurricane Sandy, for example, a lack of access to roads prevented fuel trucks from getting to their destination. Of course, even if the fuel can get through, with a lack of power, it may still be impossible to pump, Mosley noted. Most pumps operate on electricity.

“People don’t always think about how extensive their reliance is on energy. So when we create a plan, we often add in a lot of redundancy just in case some portion of the plan gets wiped out along with everything else.”

The LEAP program not only helps local governments learn how to “MacGyver it” until state assistance arrives, but they identify area partners and funding sources that can help turn their plan into action before a crisis happens. Mosley says it’s a movement that is growing and one she is proud to be on the leading edge on.

“I’ve been working in energy for 20 years, and I am really proud of this program,” she said. “I have a passion to work with local governments and give them the resources they need to make this happen. It’s so important to start the discussion now, rather than have the conversation when the lights go out.”