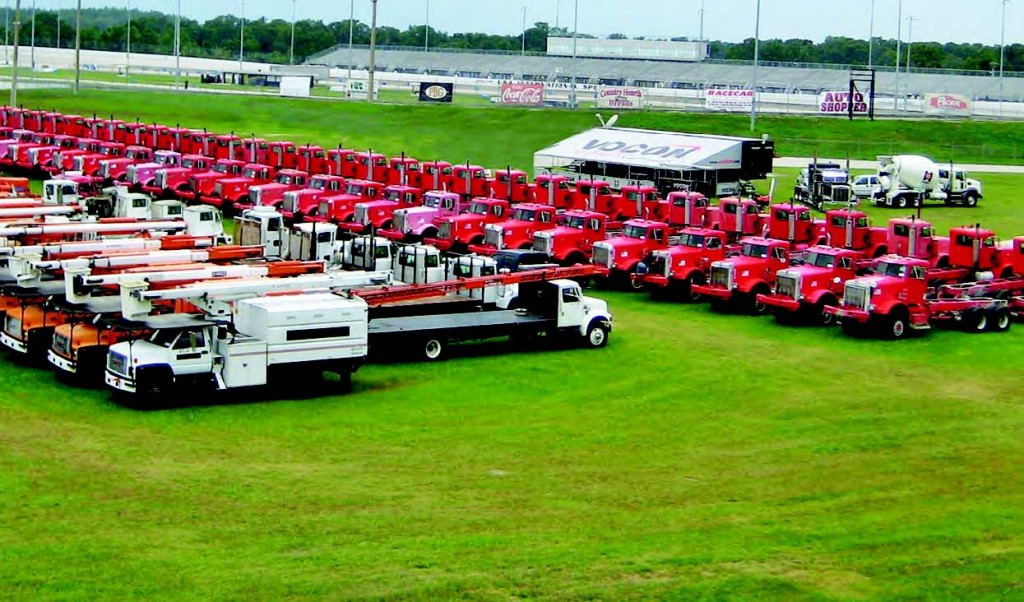 Auctions are one way to get rid of surplus equipment, such as light and heavy equipment, in an efficient manner. (Photo courtesy of VOCON)

One strategy for making your department’s budget go farther is to put that extra equipment on the market: The trick is figuring out which selling strategy will get you the best price and involves the least amount of hassle.

For Middletown, Ohio, online auctions proved to be the way to go. The town made $1 million in revenue from the sale of surplus items after it began using the GovDeals Inc. auction site in 2005.

“Prior to that, we were only making less than $10,000 a year,” Cindy Strayer, Middletown’s purchasing agent, said. “We were doing an auction every year, but now we sell them as they come in.”

Local police cars, as well as confiscated and recovered items have gone up for sale. Other vehicles, as well as bicycles, have also sold very well, she said.

Beyond the increase in revenue, Strayer found other benefits to using an online auction.

“It’s better because we no longer have to carry the items on our inventory or insurance for up to a year waiting for the next auction,” she said. “Plus, we get the revenue from the sale right away, and the sale price is much higher because we are attracting bidders from all over the world, as opposed to just in the Middletown area. One successful bidder was from Canada.”

Joe Donlon of Standard Equipment in Chicago, Ill., knows that whether you’re looking to trade in a used item in order to purchase new equipment or looking to spend less money by buying used or re-built equipment, the process isn’t always a piece of cake.

“It’s a supply and demand thing. It’s not that easy to get it and it can be a pain to get rid of it.”

Strayer said that storing the unneeded items long term created a space problem for Middletown. In the past, a significant amount of time was also invested in getting the items ready for auction, transporting them to the auction site and actually holding the auction. “Now, we send the items to the auction block as soon as they are deemed no longer needed for public purposes,” she noted.

The global, online company Vocon Auctions also handles the auctioning of light and heavy municipal equipment in both live and virtual formats.

“An auction is a good way to turn idle, surplus assets into revenue for a municipality,” said Jared Modlin, national account manager for VOCON. Modlin’s recommendation is to make sure you know exactly what the auction company is offering and who its target audience is prior to doing business with it.

Online auctions are proving useful for moving used police cars and ambulances, among other items. (Photo courtesy of VOCON)

“Although the larger, nationwide auction companies usually charge a higher commission percentage for selling equipment, the return on your surplus assets is much higher due to the fact that the larger companies market to a larger audience and bring a worldwide audience of buyers to your equipment,” he said.

Middletown, Ohio, has had success getting rid of a variety of surplus items, such as these stoplights, at online auctions. (Photo provided)

Strayer’s view is that although it takes some work on the part of the city’s point person to put an item up for online auctioning, the initiative has been worth it. “Revenue is much higher through GovDeals than it was at our previous on-site auctions and is available immediately. We are clearing unwanted and no longer needed property out instead of warehousing items,” she said. The amount of time that Middletown staffers spend on the disposal of surplus property has also been reduced.

According to GovDeals marketing and communications specialist Molly Nations, wider exposure is always an added benefit for a municipal seller. “Anything with wheels” sells well, she said — although it’s not the only item that might go at an online auction. GovDeals recently sold a pile of dirt to Cape Coral, Fla. “Buy online is the way to go if you want more money.”