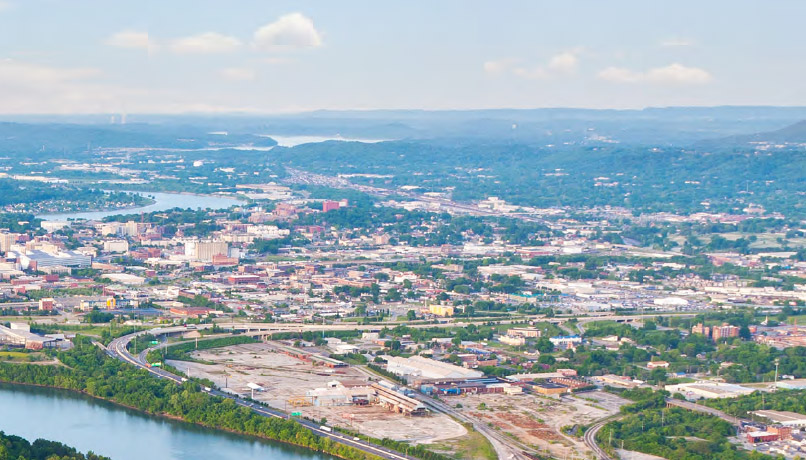 Chattanooga, Tenn., is on the cusp of the future thanks to the installation of a $300 million high-speed fiber optic Ethernet system that transformed the southern metropolis into the nation’s first gigabyte city. Mayor Ron Littlefield said there is no telling what the community may be able to accomplish with this new tool, but he is keen to explore the possibilities and share his city’s accomplishments with others.

“I tell everyone that it’s like being the mayor of the first city to ever have fire,” Littlefield said.

Born out of a need to install a smart system to improve the management of the city’s electric grid, Littlefield said the electrical board convened to explore the community’s options, which were: Overhaul the existing copper wiring or to invest in a fiber optic network that would offer Chattanooga more for its money while paying for itself in better utility management.

“We made the decision to move forward,” he said.

Of course, opting for the system and having the money to install it are two different things, especially during the Great Recession of 2008. However, Littlefield said that Chattanooga was able to take advantage of a $111 million economic stimulus grant from the federal government that allowed them to implement the system much faster than they would have been able to otherwise.

“That’s the one thing that makes it hard for other cities to duplicate what we did,” he noted. “Thanks to that stimulus money, we were able to build out the system and build it out quickly. We understood that we had a unique window of opportunity to make hay while the sun shines, as they say.”

Today, Chattanooga’s Ethernet system covers 600 square miles and has brought fiber optic connections to 170,000 homes and businesses giving users access to high-quality phone and video services not to mention the fastest Internet connection on the planet. Littlefield said that having the fiber optic network in place will help attract new businesses to the area, which will in turn create more employment opportunities for area residents. He said it will provide unlimited digital capability to schools and keep students on the cutting edge of technology. 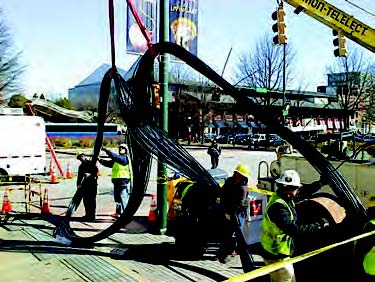 “We’ve seen that more and more schools are getting away from the printed page and going in for more interactive lessons and this network will help provide that,” Littlefield added.

Another thing the system has allowed for is additional security throughout the city. With more cameras in the parks, schools and other locations, coupled with the wireless mesh on top of it, Chattanooga police have the ability to tap into any camera anywhere and offer fire departments access to digital records of architectural structures in order to know what they are walking into when they are sent on a call.

“A system such as this opens us up to a whole new area of municipal capability that didn’t exist a few years ago,” Littlefield said. “There’s no telling how far we can go.”