↓
Home→Police→Bad perception, but some appreciation for SWAT teams 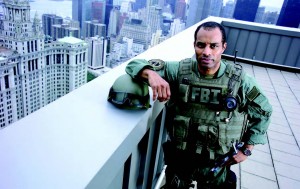 Law enforcement agencies all over the country are turning to SWAT teams when events escalate beyond the scope of their capability to manage it. (Photo provided by the FBI)

Are SWAT teams heroes, or are they hopelessly out of control? Ask two people that question and chances are you’ll get two different answers.

What’s clear is that agencies all over the county are turning to SWAT teams when events escalate beyond the scope of traditional police agencies’ capabilities to manage it. Training, equipment and manpower cutbacks all play into the problem, but today’s law enforcement officers are also dealing with more-heavily armed criminals. Street gangs have become bigger and more violent, there is increasing number of extremist and hate groups and violent crimes are again on the rise.

Andrea Noble of The Washington Times analyzed police data from the Washington D.C., area. She concluded in February that violent crime had already spiked sharply in the District — “a 40 percent increase that includes twice as many robberies at gunpoint than at this time last year.”

“The crime rate is increasing this year after a downward trend — the number of reported homicides last year dropped to the lowest level in a half-century,” Noble said.

Retired SFC Billy Janes’ believes SWAT teams bring tactical and technical support that the local departments do not have available. Depending on the situation, he said, by the time the public sees the team go in, its members have probably done extensive undercover work, identified and isolated the target, conducted threat and risk assessments, worked with profilers, and given negotiators a chance to resolve the situation peacefully. It’s been his experience to engage at the lowest level of force possible.

“It’s easy to be an armchair quarterback and judge step by step what should have happened when you aren’t standing in the middle of a meth lab that could explode at any minute,” he said. “Easy too, when you aren’t dealing with people who are unstable and unpredictable because they are hopped up on drugs, sicking their guard dogs on you, or ready and willing to use deadly force as a first resort instead of the last.

“SWAT teams have to balance a lot of anxiety dealing with life and death situations,” he continued. “Many people don’t take into consideration what would have happened if the SWAT team hadn’t stepped in. SWAT teams, police departments and even first responders are finding themselves not as supported as they can be by officials or by the community. But when the s*** is in their own backyards, who will they call?”

The special weapons and tactics concept originated in the late 1960s as a result of several sniping incidents against civilians and police officers around the country. Many of these incidents occurred in Los Angeles during and after the Watts Riot. Upon critical examination of how each incident was managed by police, the leadership of the LAPD realized that an effective response to these dangerous situations was virtually nonexistent. Officer John Nelson presented the special weapons and tactics concept to a young inspector by the name of Darryl F. Gates. Inspector Gates concurred and approved the concept of a small group of highly disciplined officers utilizing special weapons and tactics to cope with these unusual and difficult attacks.

The need for SWAT expertise and assistance with warrant service is dependent upon: unusual circumstances beyond the capabilities of normal warrant service; heavily fortified location; weapons are present and have been used in the past; gang members are known to be present; use of diversionary tactics is anticipated; and, door and window pulls are anticipated.

The Cato Institute, which defines itself as a public policy research organization, sees things from one angle. Analyst Rodney Balko’s report “Overkill: The Rise of Paramilitary Police Raids in America,” condemns such SWAT team tactics as highly volatile and overly confrontational.

The Cato Institute is not alone in its assessment. Others question the increasing number of law enforcement areas into which SWAT teams are being invited, as well as the amount of force they use to accomplish their missions. They also wonder if SWAT teams should be held more accountable when they act on information they receive or if they should be used at all. 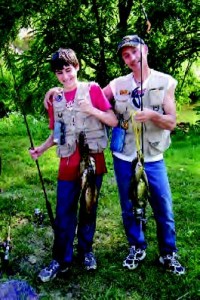 Gary Brown, a retired military member from Ohio, spent much of his life working with troubled children. His opinion differs.

“SWAT teams are a necessity in the deteriorating society we live in. Their work is honorable and I applaud it. To believe that they ‘overstep’ their authority and/or boundaries would be like blaming the insurance adjuster personally for not giving you enough for your wrecked vehicle. They have a job to do and it’s not the SWAT team that is deciding to storm your home or take out the hostage taker. These folks are following orders like we all do at our jobs.

“If you’re looking for blame, you have to go to the source… the investigators and the prosecutor, or the commanders who sent them in the first place. In this day and age, they have no choice but to do whatever is necessary to protect innocent lives, including their own,” Brown feels. “As for my kids, if they were to accidentally shoot and kill one of them in an attempt to protect them, of course I’d lose my mind. And I am sure I would need someone to remind me that they were out there to protect them. This life is full of mistakes made by all of us in so many instances.”

“I feel like they get a bad rap. Without them I feel there would be worse crime waves than there already are. SWAT teams are trained for special operations such as standoffs. Also without them our police forces would be in more jeopardy trying to defuse other dangerous situations.”

Janes adds, “SWAT teams, like most other teams, are only as good as their leadership. Good leadership, ongoing training and better communication may be the keys to quelling public concern. These things have always been important, but in this era of budget-squeezing and lay-offs, more is often required of fewer people. On top of that, training and equipment budgets are often hit hard when money gets tight.”

To combat these issues, many cities and towns have merged their SWAT teams into regional groups so that they can have access to a more diverse group of specially trained individuals. Some towns still use their members as a subgroup for incidents that do not require the whole team to come in from the surrounding areas. Others are taking advantage of free training opportunities and/or acquiring government-surplus equipment instead of buying new.

Whether the number of violent crimes continues to rise in the Washington, D.C., and in other areas, or whether it stays the same, it is clear that some of today’s criminals require individuals with special training, additional resources and special equipment. The public needs to know that it can count on these special individuals, and by the same token these individuals who put themselves in harm’s way need to know that they have the support of the public. Reestablishing this connection should be a goal in every community. Then maybe the overwhelming majority of SWAT stories the public reads will be positive and uplifting instead of negative and questioning.