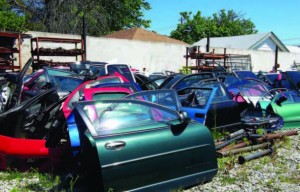 These auto parts have been reclaimed to use again, rather than being sent to a landfill. (Photo provided)

Zero waste is a new planning approach for the 21st century that seeks to redesign the way that resources and materials flow through society.

The zero waste idea is both a back-end solution that maximizes recycling and minimizes waste, and a design principle that ensures that products are made to be reused, repaired or recycled back into nature or the marketplace. It incorporates strategies that enable rapid waste reduction outcomes rather than lengthy incremental changes.

The specific concepts of zero waste include: 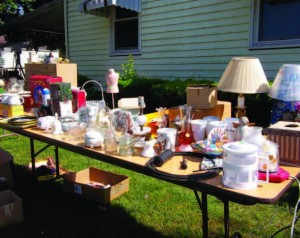 Community leaders can help foster an attitude for
reuse by paving the way for residents to sell their
goods at yard sales. (Photo provided)

The Grass Roots Recycling Network believes local governments would benefit greatly from zero waste programs. On the organization’s website, www.grrn.org, the group’s administrators allege that municipal budgets are being pushed to the limit of what they can recycle. At the same time, residents are learning that recycling alone is not the solution to the waste problem since it does not reduce consumption or disposal.

As ever-expanding and expensive recycling programs eat up local budgets, communities are warming to the idea of pursuing zero waste policies as an alternative. Supporters have visions of industry paying for the community impact their products are having, and of providing communities with a way to get off the treadmill of ever-increasing landfill/incinerator costs, landfill/incinerator siting challenges and the ever-increasing financial liabilities to taxpayers that are emerging from pollution and public health challenges.

Local government provides the greatest opportunity for change. While progress may be slow at the federal or state level, there are many examples of innovative zero waste programs on a municipal scale.

Minneapolis, Minn., already actively engages citizens through its Be a Zero Hero program that offers easy-to-follow, everyday changes residents can make to reduce the size of their footprint.

First, program adherents work to prevent waste. Then they recycle everything possible from among the waste that remains. The program encourages residents to become zero heroes by looking for products with the least packaging, including long-lasting, durable goods that may cost more at first but save money in the long run. Zero Heroes find that durable products break down less often, meaning fewer repair bills. 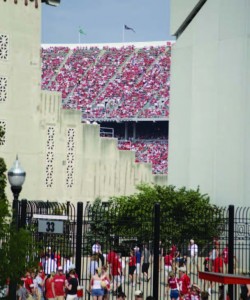 Stadiums across the country are also joining the zero waste team. In autumn 2011, Ohio State University took bold steps to enhance its already award winning waste diversion program by advancing recycling efforts at Ohio Stadium. Bins for recycling and composting are now available throughout the stadium and all items for sale inside the stadium are either recyclable or compostable. The effort makes Ohio Stadium the largest stadium in the country to have attempted to move towards zero waste.

Major companies are making changes as well. Goodyear Tire and Rubber Co. will receive a Manny Award in the “Green Initiative” category this year from Inside Business, a bimonthly business publication in northeast Ohio. The award is in recognition of Goodyear’s Zero Waste to Landfill Program.

According to the tire maker, Goodyear has not sent any manufacturing waste from its 53 factories to landfills anywhere in the world since 2008. The initiative was put in place in 2006 to reduce Goodyear’s environmental impact, and required all plants to reduce, reuse and recycle manufacturing waste.

What began as an employee-initiated project to reduce another company’s footprint on the local landfill resulted in Dorel Juvenile Group USA’s Columbus headquarters becoming a zero landfill facility in Indiana.

Prior to this transformation, DJG was producing 2.5 million pounds of trash annually. By taking inventory of the waste generated, DJG employees were able to identify ways to resell and recycle what was previously considered trash. Additionally, DJG has reduced natural gas use by 60 percent and water usage by more than 95 percent, according to “Inside Indiana Business.” 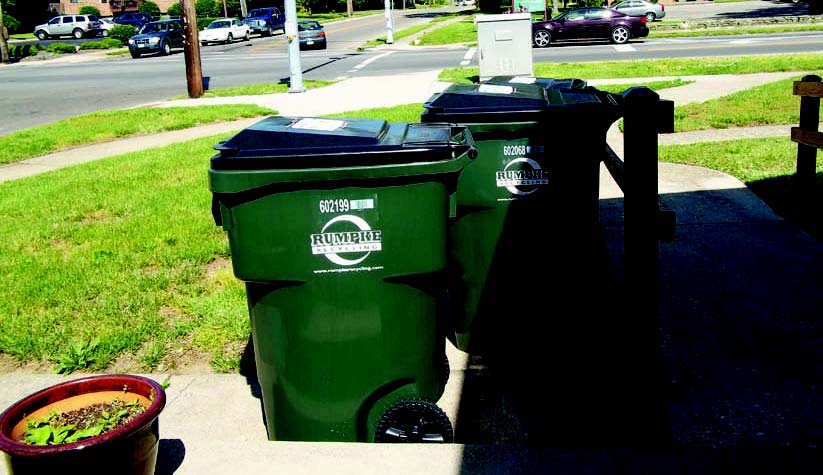 Many communities have gone to larger curbside recycling bins so more trash gets recycled and less hits the trash can. (Photo provided)

Communities can pursue the goal of zero waste by first eliminating, rather than managing, waste. The role of local government changes when discarded materials are treated as community enhancing assets rather than as liabilities. Instead of managing liabilities, local government policies are turning toward promoting entrepreneurial innovation and directing that creativity to maximizing the delivery of clean resource streams to local enterprises.