The Municipal staff members had the honor of meeting and learning from firefighters from across the county, the manufacturers who supply them and fire safety trainers at FDIC 2012 in Indianapolis in April. “The world’s largest firefighting show” was an impressive display of all the best in the business. 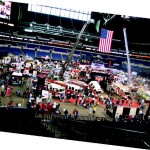 The main exhibit floor of FDIC 2012, at Lucas Oil Stadium in downtown Indianapolis. 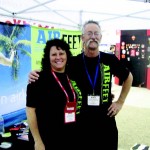 The team from Air Fleet Insoles made attendees more comfortable on the show floor. 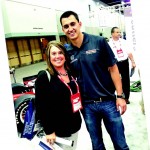 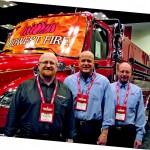 From left are The Municipal’s Steve Gutowski, with Kraig Scholten and Rick Peterson of Midwest Fire, in the main exhibit hall of the Indiana Convention Center. (Photos by Karyn Brumbaugh) 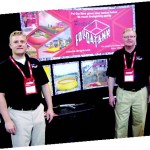 At another exhibit inside Lucas Oil, Chad and Jan Christensen, exhibited the patented, portable Fol-da-tank. 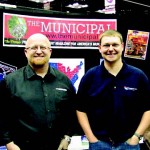 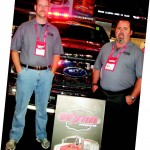 From left, John Wise and Kevin Williams of Wynn Apparatus show off their latest upfitted vehicles. 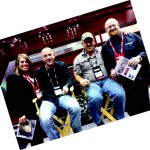 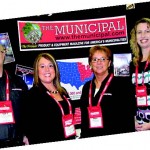