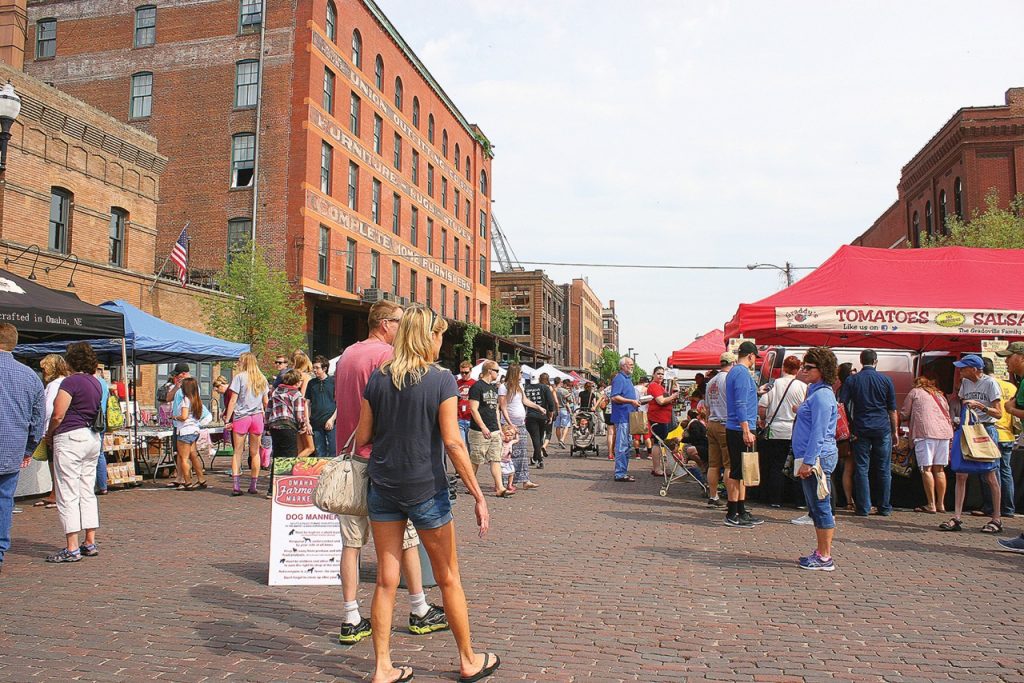 Being named one of the best small cities in America by Resonance Consultancy, Omaha, Neb., offers plenty of culture, nightlife, dining, shopping and attractions and cultural institution. On the list, it ranked No. 1 in economy and standard of living. (Stephanie Le/Shutterstock.com)

With a population of 446,970, Omaha, Neb., is the most populous city in the state. With that many people guess what else is even more plentiful in Omaha?

Give yourself a gold star if your answer was thousands and thousands of potholes. With an eternal load of work orders for the employees, the last thing the public works department needs is a shortage of staff. And yet, that is exactly what it is struggling to overcome, according to Austin E. Rowser, P.E., street maintenance engineer for Omaha.

“We’ve always operated at 80%-90% employees to budget,” said Rowser. “This is not a recent realization; it has been a fact of life in our organization that we manage every year. We attribute this shortage and retaining such help to very low unemployment and a scarcity of regional workers to fill this type of position. The local contracting community is also struggling.”

According to Tony Burkhalter, president of the city employees’ union, AFSCME Local 251, one contributing factor in the hiring process would be retention of employees.

“Admittedly, employees do leave for better opportunity elsewhere and some leave due to negative experiences with management,” noted Burkhalter. “Omaha has a low employment rate as a whole; however, in certain areas such as North Omaha, you have an unemployment rate of 12.5%. So the recruitment process should also be looked into. Contractors are capable of coming in and hiring employees to do contracted work at an alarming rate, and they have produced the employees.”

The hiring and onboarding of new employees is in accordance with the Omaha municipal code and the labor agreement between the city of Omaha and Local 251. 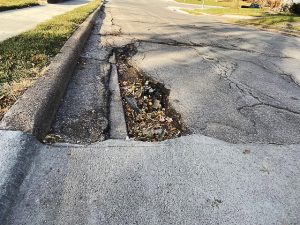 With a 20 employee shortage, Omaha, Neb.’s, public works department has fall behind on road repairs. It is routinely receiving work orders to patch potholes. (Photo provided by Tony Burkhalter)

The city is continually taking steps to hire and has again posted for positions, said Rowser, adding that a recent new hire class has begun. The city spent so much time patching potholes in 2018-19 that they got behind in sealing cracks in the streets.

One of the major reasons that public works is facing a depletion of street repair workers is after training their drivers for a commercial driver’s license, these drivers then get lured away by other companies instead of staying with the city. The public works street maintenance department currently needs 25 more workers on staff. Some of the street department employees have requested a transfer to other divisions of public works or even to other city departments.

“We have about 185 full-time employees currently,” said Rowser, “and we add based on annexations. We budget in April, and I’ll evaluate the annexation package prior to budget and determine how many we’d like to add.”

In dire situations, Rowser will use other city employees to “fill in” for help in road repair, saying that he does use their help periodically. He often has to hire private contractors, which often charge 75%-150% more than what his own employees would charge if they had to.

Asked if he was aware of a similar staffing issue being experienced by other street departments, Rowser answered yes but that they vary by local market.

Burkhalter’s union represents a total of 13 municipalities/counties and only one is having a hiring shortage of employees — and that is Omaha.

“The city has taken steps to be more receptive to the employees,” said Burkhalter. “They just entered into a memorandum of understanding to give the employees $3.60 for shift differential. Previously, it was .65 cents. They recently did a rodeo and lunch for the employees. I believe this shows a willingness to acknowledge that change needs to take place. Some employees have even been told ‘thank you’ for all the hard work they have done. In other ways, the same issues exist. Example: If we have a retention issue and a one-year employee puts in two weeks’ resignation and then decides to retract it, the city has the right once an employee resigns to (not only) accept or deny the retraction but to place an employee on probation; (it) is counterproductive — will this make the employee more likely to stay?”

The employees going beyond their regular work hours are compensated at time-and-a-half, said Burkhalter. Because the city couldn’t entice enough workers to fix the streets the public works department sought more help from private contractors. The council gave it a $1.1 million contract with a contracting business — Midwest Coatings Company — to seal 108 lane miles of city streets by Nov. 23.

“This is the only area in which we have had serious concerns with retention and hiring, especially when it comes to excessive workloads, and we have thousands of work orders come in for potholes and we have a shortage of staff,” said Burkhalter. “This is the worst department with a shortfall; there are other departments that are short of staff but not to this extent.” 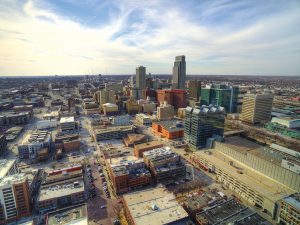 Omaha is Nebraska’s largest city and has experience not only population growth but also nine straight years of tourism growth. A total of 13.1 million visitors traveled to Omaha in 2018, a 6% increase over 2016, the last time research was conducted. (Shutterstock.com)

A late-September meeting with the city council, Local 251 and the public works staff took place to see if all three groups could come to an agreement to get the street repairs moving budget-wise and with contractors. The meeting was frustrating for Rowser, who admitted that the most challenging part of his job was “managing people.”

Both the city council and local 251 were frustrated by the lack of progress in hiring and retaining public works employees to repair and plow streets. Council and the union expressed strong disapproval with public works and its CDL trainees, who were often hired by other non-city companies, leaving the street department understaffed by more than 20 employees and by complaints of a disliked manager.

Rowser jumped in to the manager’s defense, saying that he was an excellent employee and manager. In fact, he had recently been named APWA Leader of the Year and is “the highest-functioning employee in his position in the last three decades. Other city public works departments would be lucky to have an employee with his traits.”

Burkhalter offered an example of employees feeling attacked this year when the pothole issues occurred.

“Employees were fearful to voice their complaints because of retaliation when sharing concerns — whether the complaint was about safety, short-staffed or being sent out on the streets without enough men, or whatever the case may be,” said Burkhalter. “I believe Austin has acknowledged the concerns of the employees, although I have yet to see improvement, the city will have to prove that this behavior is not tolerated or there will continue to be issues.

“The employees pointed the finger at one individual and it was not Austin; they typically deal with the superintendent. The issues they are dealing with are complaints of being disproportionately disciplined, excessive workloads or safety concerns. Because of complaints subtle retaliation has occurred, which has led to the employees fearful of speaking up.”

More reasons for awkward interactions were given.

“Some employees working 8- to 12-hour shifts on average get 2,080 hours for the year from January to June,” explained Burkhalter. “These guys had over 600 hours of overtime from January to June, and if an employee called in sick, a doctor’s note was being advised. Per the contract it is not required until after 72 hours of being out. What the city was doing was not approving the sick time; they would say the employee had to come in while he/she was sick so they could physically see for themselves, and then they would decide to send an employee home. If they did this at another company, HIPAA (Health Insurance Portability and Accountability Act of 1996) violations would be filed. We have a grievance process that protects the employees in this case, which we have exerted. This is one of the reasons for not having a happy employee, or not retaining one.”

When it comes to such hard issues, Burkhalter concluded, “For union leadership, focus on your bargaining group. If you have a complaint and frustrations run high, utilize all resources to find the issue. If you have the capability to work it out with management, by all means, meet first and resolve it. If that doesn’t work, exhaust all remedies but most of all represent your bargaining unit to the best of your ability.”