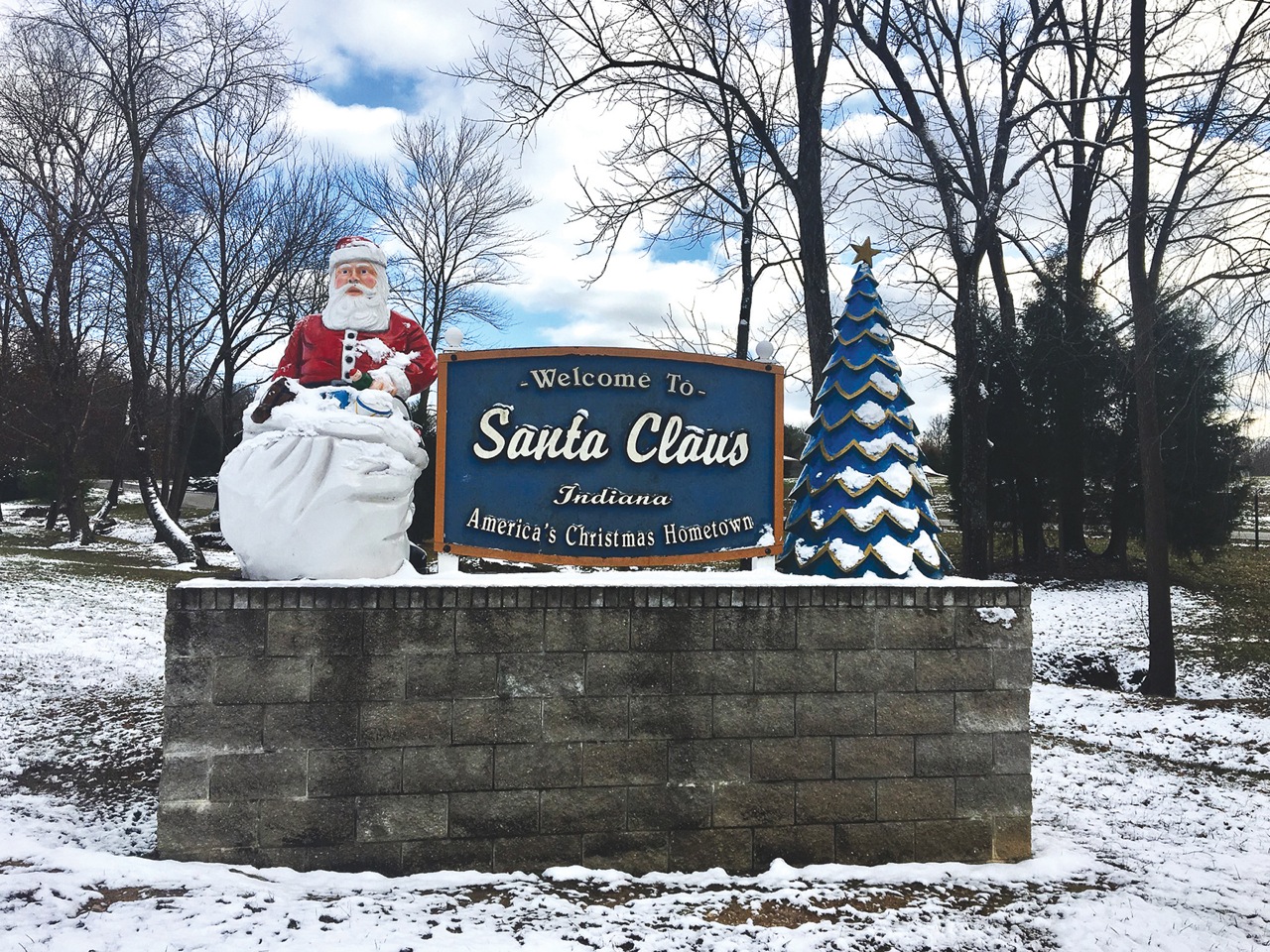 Regardless of weather or calendar, there is only one season in Santa Claus, Ind.

The town of 2,410, located in the southwest corner of the state, would likely not be welcoming more than a million visitors a year today had its original application to the United States Postal Service been approved in 1856.

The town was founded as Sante Fe — pronounced “fee” — in 1854 and applied to establish a local post office. The USPS denied the application, as there already existed an Indiana town by that name. 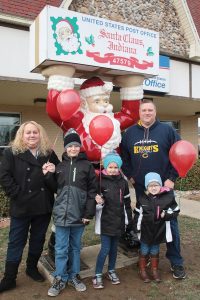 The post office in Santa Claus, Ind., postmarks half a million holiday cards every Christmas season.

Several town meetings were held to discuss a name change, and historical narratives diverge between the probable unimaginative account and the inspiring legend that sprang up shortly afterward.

The prosaic truth is the townspeople, for some reason, wanted to keep the “Santa” element of the name, but no one could think of a word other than “Claus” to complete the moniker.

According to the contrived tale evoking the magic of Christmas, the meeting was held in a small log church on Christmas Eve. The adults were discussing the name change as the children played inside. A sudden gust of wind blew open the church doors, and as the sound of sleigh bells wafted into the room, the children rushed to the door shouting, “Santa Claus! Santa Claus!”

In 1895 the United States Board on Geographic Names, a federal body operated by the Secretary of the Interior, changed the name of the town to one word, Santaclaus, to comport with a nationwide standardization for place names.

The amended moniker may have remained forever unchallenged but for the efforts of James Martin, who served as the town’s 14th postmaster from 1914 to 1935. From the beginning of his tenure, he took it upon himself to personally answer letters to Santa mailed from children all over the world. He actively promoted the Santa Claus postmark and spearheaded restoring the town’s name to two words in 1928, also winning a concession there would never be another Santa Claus post office in the country.

Each year the post office designs a special Christmas hand cancelation pictorial postmark for exclusive use during December.

The growing volume of holiday mail caught the eye of Robert Ripley, who featured the phenomenon in his “Believe It Or Not!” comic strip in 1929.

Today the Santa Claus post office postmarks half a million holiday cards and about 10,000 letters from children each year. Santa’s official address in town is 45 N. Kringle Place, Santa Claus, IN, 47579.

The first tourist attraction in Santa Claus was built by Milt Harris, an entrepreneur from nearby Vincennes, Ind.

Harris created Santa’s Candy Castle, sponsored by the Curtiss Candy Company, makers of Baby Ruth and Butterfinger candy bars. The red brick attraction was dedicated Dec. 22, 1935, and is reputed to be the first themed attraction in the United States.

Three days later, on Christmas 1935, Harris’s competitor, Carl Barrett, dedicated a 22-foot statue of jolly St. Nick on the town’s highest hill as a preface to constructing Santa Claus Park. In the ensuing years, the two men furiously grappled in court over landownership, and the costs of litigation scuttled both their dreams. 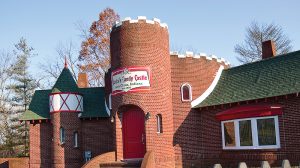 Opened in 1935, Santa’s Candy Castle is purported to be the first themed attraction in the country. 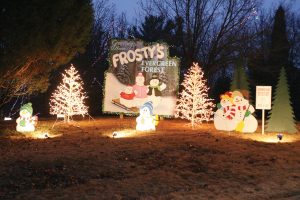 Frosty’s Fun Center is located in a 100-acre forest and features a family restaurant and indoor arcade. 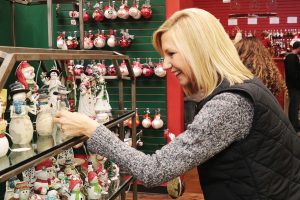 The Santa Claus Christmas store, one of several themed businesses, offers a variety of gifts, decorations, collectibles, fudge, roasted nuts and other treats.

The park’s name was changed to Holiday World in 1984 and again to Holiday World and Splashin’ Safari when a water park was added. Attracting more than a million visitors a year, the leisure attraction includes The Voyage, repeatedly voted by enthusiasts as the top wooden roller coaster in the world.

Melissa Arnold, executive director of the Spencer County Visitors Bureau, lauded the town’s participation in the Santa Claus theme and suggested other municipalities can carve their niche with some thought.

“Any town that can find a theme that resonates with businesses and residents alike can then propel itself forward,” she said. “It is finding that connection that everybody can embrace.”

She suggested anyone interested in visiting or learning about Santa Claus should “first and foremost visit our website, www.santaclausind.org. It lists all the events and attractions, and the hours of operation are updated every month.”