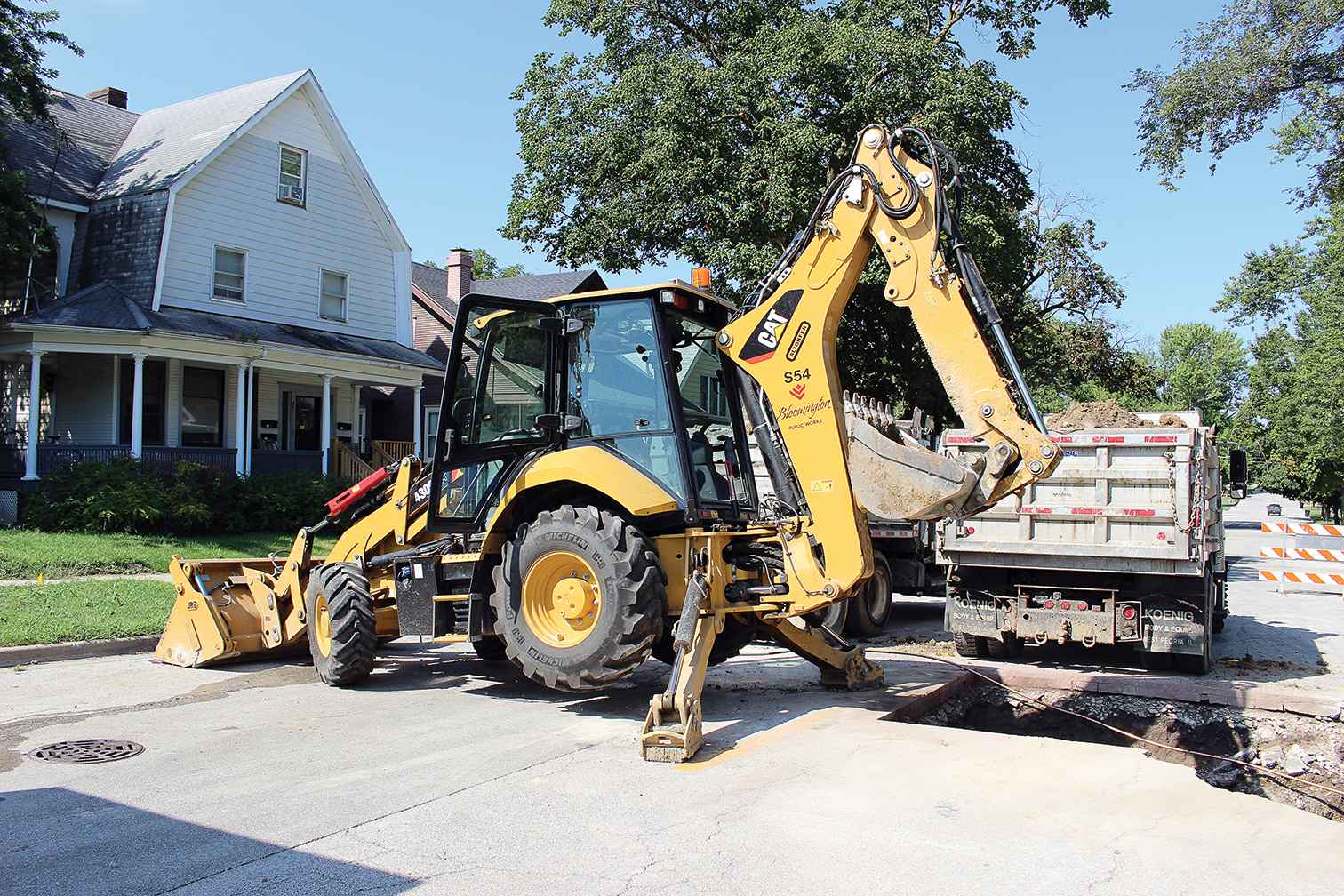 Equipment stands at the ready following part of a sewer dig. (Photo provided)

When Bloomington, Ill., Public Works Director Jim Karch watches his pennies for a whole year, he saves on average $250,000. But it’s not really his money; it belongs to Bloomington because Karch, PE, MPA, oversaw a successful merger of the public works and water departments, an idea that began last year.

“Bob Yehl, the director of water, was looking to step back from this role to better provide a work/life balance with his family,” said Karch, adding Yehl, now assistant public works director, still works more than a 40-hour week but it is markedly cut back from the common 60-plus hour weeks he put in before.

“It has worked out exceedingly well having him as the assistant. Originally, he was hired in the public works department as the assistant city engineer before being promoted to the water director, so my staff and I think highly of his skills. He is well respected in the department and his salary of $121,370 did not change after the consolidation.” 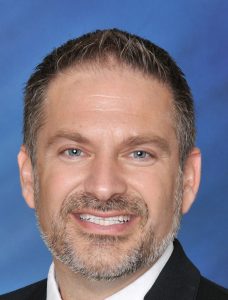 Also, City Manager Tim Gleason was still within his first six months with the city and saw an opportunity to consider department consolidation. Yehl had the ability and desire to remain working for the city at a high level so it was a natural fit to have him step into the assistant public works director role. Discussions about the potential merger started in the late summer and were completed by October 2018. Other department heads who were involved in this endeavor included Nicole Albertson, human resources director, and Scott Rathbun, finance director; both were essential players in the consolidation alongside Gleason.

“The merger included completion of the transition of the Utility Billing function from the water division to finance,” said Rathbun. “Coinciding this restructure with the merger added to the efficiencies realized within the new public works department and consolidated related activities under the city’s finance department, a move that acknowledged the focus/expertise of both areas.”

Karch’s department has saved about $250,000 annually without triggering layoffs. How did this come to pass?

“The savings were realized without layoffs because two existing vacancies in the engineering area were not backfilled,” said Karch. “This was one full-time and one part-time position. In addition the city had been contracting in-house engineering services that were able to be saved. Within the existing public works department, the engineering division was able to fulfill many of the overlapping engineering needs.”

A big consideration was how to divide the work between two top officials: Are there two supervisors, one for water and one for public works?

The newly consolidated public works department has three divisions, which are engineering, public service and water, according to Karch.

“As operational divisions, public service and water have an operational manager that runs the division answering to the public works director,” said Karch, “and the engineering division is led by the city engineer.”

There were a few challenges in the endeavor when beginning this project. The most difficult to overcome were changes in management and maintaining strong communications. 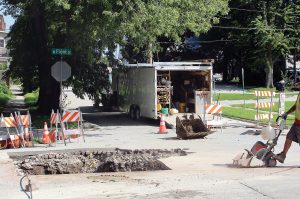 A public works employee cuts into the street as part of a sewer dig. (Photo provided) 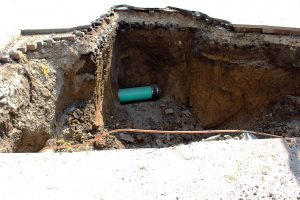 There was also the need to work with the union.

“Union partnership was an integral piece of the communication plan,” said Karch. “The consolidation was a key time to build trust in the union-management relationship. Forecasting the lack of change for 90 days and then working with union leadership to implement any changes in partnership with front-line employees has been crucial to the success of the consolidation. I give a lot of credit to our union leadership team on the success of the merger.

“The water department had Lodge 1000 of the International Association of Machinists and Aerospace Workers, AFL-CIO representing most of the employees. Their union leadership was brought in before rolling the plan out to the larger employee group so they could partner with management on the merger. Public works has the philosophy that on contract issues employees are encouraged to speak to their union leadership who in turn work with the operations manager for that division. This keeps the relationship solid and minimizes destructive gossip and false information. Management does its best to keep the union leadership in on all upcoming changes. Clear lines of communication and openness fosters trust, which is the foundation for any strong team.”

Were there a lot of compromises?

“While it was not a compromise, one of the strategies that was most effective was saying that there would be no changes implemented in the first 90 days of the consolidation,” said Karch. “Even good ideas would not be (used) until after the first three months. This allowed for some solidity for employees. After the 90 days were up, any potential changes would be discussed with union leadership and directly with employees.

“Now that we are at the 10-month mark, I can say that this was one of the best things that we did,” noted Karch. 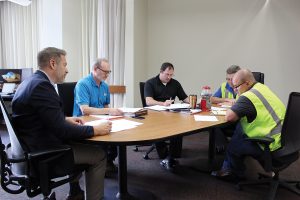 Having the support of administration, specifically the city manager, was critical for the success of the consolidation, according to Karch. “Tim proactively reached out to the elected officials so there were no surprises with each step.”

“Be ready to spend the needed additional time with employees,” was Karch’s first suggestion.

“A well-run consolidation is really about trust. For any organization, trust is the foundation. If employees come into the process not trusting management, then the process will face additional challenges. Maintaining trust throughout the process entails extensive communication. I’ll use the example of the support staff. I held more meetings with this group than any other area. Why? Because they were the most impacted. They changed who they reported to and the structure of their staff. Because of that, I met often with them. To this day, we have a great relationship and the trust between us is high with the newly brought in employees and maintained with the existing staff.”

“After the 90-day mark, we have started to provide for updated standard operating procedures, standardized forms and as equipment is updated changing the logo to say public works instead of water,” said Karch. “This was not done right away and was viewed well by employees that we didn’t make drastic changes.”