Well before “shop local” stickers appeared in the storefront windows, Delray Beach leaders understood that “localism” — the increased local ownership of the economy, including in the public, private and nonprofit sectors — was a keystone to downtown revitalization and prosperity. Localism is also inherently sustainable because the proximity between production and consumption is energy efficient and keeps money and talent in the community. Sustainability is thus a potent economic tool with positive quality of life outcomes for residents, but a governance paradigm requiring a concomitant responsibility to lower a community’s carbon footprint.

Nearly a decade ago, our city commission convened a citizen-led Green Task Force to provide recommendations that would help the city meet its commitment to the Sierra Club Cool Cities program and the U.S. Mayors Climate Protection agreement of 2005. The resulting report outlined 136 action steps and led to the creation of a permanent seven-member Green Implementation Advancement Board tasked with advancing initiatives that would achieve sustainability objectives. And, during recent elections, stakeholders organized a well-attended Green Forum, allowing voters to assess each candidate’s environmental platform.

Grass roots civic engagement is foundational to advancing sustainable and resilient communities, as these voices frame public sentiment and drive progressive conversations. Municipal government is uniquely positioned to translate public support and innovative solutions for environmental objectives into policy and programmatic action because local elected officials are both embedded in their communities and directly accountable to constituents. Moreover, it is at the local level where a multitude of specific, discrete decisions are made about land development, transportation, public infrastructure and services. In aggregate, these decisions can have a powerful impact, and local policy directives can help fill the gap created when state and federal policy retreats from the climate challenge.

A 2015 report issued by ICLEI and the World Wildlife Fund noted that if only 116 U.S. cities, representing 14 percent of the U.S. population adhered to their stated 2050 emission reduction goals, it would be equivalent to shutting down 86 coal-fired power plants. As cities represent 70 percent of emissions globally, the role of mayors and local government cannot be underestimated. In signing the Climate Mayor’s pledge, Delray Beach joined 353 jurisdictions nationwide to combat GHG emission. While my city of approximately 70,000 residents does little to offset large emitters with industrial-oriented economies reliant on dirtier fuels, Delray Beach can be a laboratory of innovation and an inspiration for collective action for communities that seek pragmatic ways to address this global challenge.

In November 2016, our city adopted a Complete Streets Policy — one of two in the county and the state’s best ranked policy by Smart Growth America. Prioritizing pedestrian mobility and supporting alternative transportation modalities, like the city’s free Roundabout Trolley and the home-grown Downtowner Inc., a golf-cart-based rideshare service, takes cars off the road, reduces traffic congestion and lessens parking demand.

As mayor of a city in the Sunshine State, a demonstrated commitment to implementing renewable energy, especially solar, is paramount. Delray Beach was an early signatory to an interlocal agreement establishing a Property Assessed Clean Energy financing district back in 2012. This year we upheld support for PACE by joining three additional PACE districts, providing our residents a choice of PACE finance providers. We are following the growth of the solar cooperatives throughout the state, particularly in the greater Orlando and Miami metropolitan areas, and we are eager to see how a solar cooperative being organized by the League of Women Voters in Palm Beach County can help Delray Beach residents reduce their energy bills and move our city toward the 100 percent clean energy goal by 2025.

Delray Beach has six community gardens run by diverse organizations. This spring the city revised the land development regulation to reduce barriers to entry. Planning and zoning staff took that opportunity to create a progressive urban agricultural ordinance to encourage farm-to-fork production of local food. Next the Sustainability Office will explore connecting the garden organizations to volunteers, local restaurants and food pantries to create a vibrant ecosystem.

Sustainability goals must have broad and diverse public support. As mayor, I have hosted public town halls with nationally recognized speakers, film producers and civic innovators. John Englander, author of “High Tide on Main Street,” educated residents about climate change in 2016, and Charles Kropke’s documentary, “Unseen Everglades,” was previewed this past April. We reach out and learn from innovators.

And, while Delray Beach may be viewed as a leader, there are projects and programs that we have yet to tackle, such as a comprehensive GHG inventory, a mandatory commercial recycling program and energy retrofits of public buildings. What is most exciting, however, is that Delray Beach’s efforts and its commitment to goals of Climate Mayors and the Sierra Club are acknowledged and replicated by surrounding jurisdictions. Delray Beach and adjoining municipalities are organizing “micro-regional” cooperation on sustainability and resiliency planning.

As early adopters it’s our responsibility to bring others into the fold. The willingness of others to follow suit is the cornerstone to mitigating climate change. 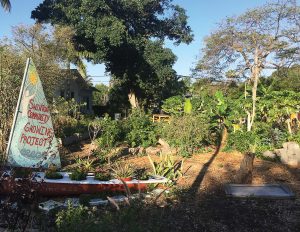 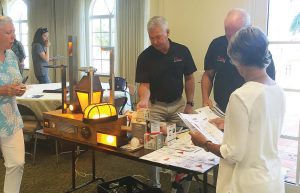 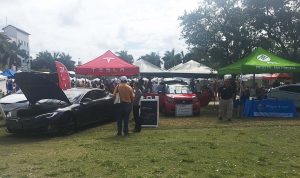 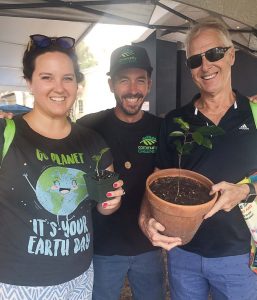 Cary Glickstein is a fourth generation native Floridian, the father of three and has resided in Delray Beach since 1989. Glickstein earned his bachelor’s degree from the University of Hawaii and his law degree from the University of Miami School of Law. Glickstein, a member of the Florida Bar since 1985, is the founder of Ironwood Properties. He previously served as vice president and general counsel of Falcor Industries Inc., the U.S. subsidiary of a pacific-rim hospitality, real estate and manufacturing conglomerate. He also practiced law at Finley, Kumble, Wagner, Manley, Myerson and Casey, an international law firm, where he specialized in land-use and corporate matters.