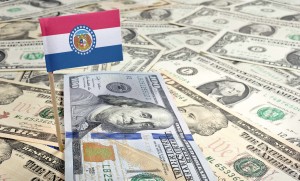 The outcome of a vote regarding one particular tax has many Missouri municipalities worried about how to pay for basic services.

The state’s communities have until November to receive voter approval to continue imposing a local sales tax on vehicles purchased by residents from out-of-state vendors. The controversy over the tax stems from a state Supreme Court ruling in 2012 that disallowed vehicle sales taxes from being collected by cities and counties when the purchase was made beyond state lines or from a person who doesn’t own a business.

In the case, the court said Greene County could not charge local sales tax on a man who bought a boat from a dealer in Maryland. One significant outcome of the ruling was that it drew a distinction between sales taxes, which are collected from in-state retailers, and use taxes, which are levied on products used in Missouri but bought either from an out-of-state retailer or from someone who does not run a business. The Supreme Court said Greene County could not tax the boat because it wasn’t covered by the local sales tax and county voters had not approved a local use tax. 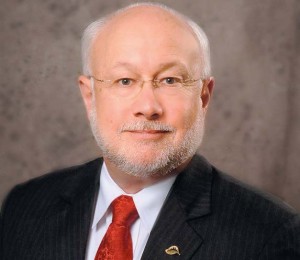 Richard Sheets, deputy director of the Missouri Municipal League, said “no” votes on a use tax on out-of-state sales and person-to-person sales of motor vehicles in the state will directly impact citizens in the form of cuts to vital resources. (Photo provided)

A 2013 bill, SB 182, re-imposed local sales taxes on out-of-state sales and person-toperson sales of motor vehicles in the form of an administrative fee. According to a document from the Missouri League of Cities, this legislation has prevented the loss of approximately $40 million in much-needed revenue for Missouri cities.

The legislation, however, requires cities that did not have a use tax in place prior to August of 2013 to receive voter approval to continue this administrative fee by November 2016. In common terms, a use tax is a tax applied to out-of-state purchases. It is applied at the same rate as the local sales tax. Proponents argue that it helps maintain a level playing field for local businesses because it discourages out-of-state purchases.

Similarly, supporters point out that it’s local business − not out-of-state ones− that invest in their respective communities and provide employment for citizens. They also supports law enforcement and other city or county services by paying sales and property taxes.

Missouri cities that don’t gain voter approval to continue the tax by November will lose the revenue stream after that date, which could prove detrimental. 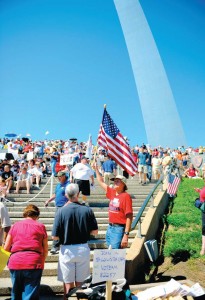 Supporters on both sides of the use tax debate have maintained the issue in the forefront of political discussions since the state’s sales tax on out-of-state sales and person to-person sales of motor vehicles was struck down in 2012. (Shutterstock photo)

Richard Sheets, deputy director of the Missouri Municipal League, said the vote really comes down to potential lost opportunity. A “no” vote would directly impact citizens in the form of cuts to vital resources. He called the tax a “tough sell” but stressed that the onus is on cities to explain the consequences of the vote to its citizens. They need to understand what is at stake.

Furthermore, the law does not provide a means to bring this issue back to the voters after November. In Sheets’ words: “If not now, then never.”

Among the municipalities that have already weighed in are Greene County. Its voters shot down a proposed 1.25 percent use tax at the polls in November 2013. Of the 15,145 ballots cast, 8,486 voters, or 56 percent, voted against the measure. About 44 percent of the voters, or 6,654, voted in favor of the ballot measure, dubbed Proposition A.

Political subdivisions that had a use tax in place prior to July 6, 2013, do not have to get voter approval to continue to receive that revenue stream. All other municipalities must seek voter approval, though, to continue to impose a local sales tax on purchases of vehicles, trailers and outboard motors from out-of-state or person-to-person sales.