↓
Home→Fleet→Fleet manager aims for the best 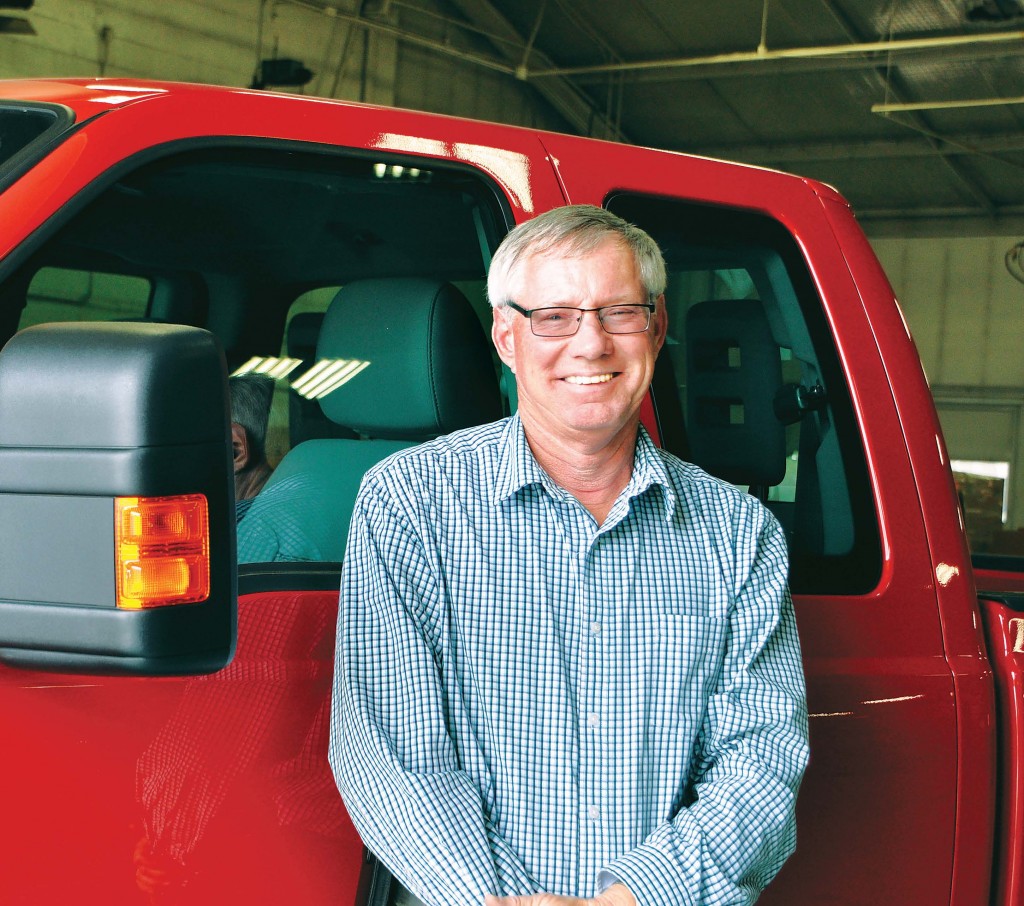 Fort Wayne, Ind., Director of Fleet Larry Campbell didn’t envision a career in public fleets, but found himself there anyway and has excelled in the role. His department consistently ranks high among in the 100 Best Fleets in North America.

As a young mechanic in the private sector, Larry Campbell was not out to lead one of the top municipal fleets in the United States. He wasn’t even sure he wanted into that line of business.

“But I had a young family and I was never home. It got to the point of, I want to see the family so I tried something different,” he said.

When a call came through with a job offer in the government sector, he decided to give it a try.
“I thought, ‘I’ll do that and then I’ll go back to the private sector,” he said. “Twenty-four years later, I’m still on the municipal side.”

Campbell eventually worked his way up to director of fleet for the city of Fort Wayne, Ind., a department that has enjoyed various positions among the top 20 in The 100 Best Fleets in North America program. It held the number one spot in 2006.

“We’ve been all over the board in the top 20,” Campbell said, and the fleet has never dropped lower than that.

In the private sector Campbell trained as a floor mechanic, working for construction companies before one of them asked him to manage its two-shop fleet. Eventually a larger company purchased the smaller one, and soon he had more garages to oversee. That’s where Campbell began learning about computerization, something that would factor largely into his current career.

“I think back on how fleet has changed over the years, from working under the hood to how technical it is,” he said. “Now, we have the laptop, a handheld device to hook into a computer, the computerization to look at cost per mile or cost averaging for your fleet or total ownership cost. That stuff was never looked at early in the career. That’s all stuff that’s happened in the last 15 years.”

He joined the city of Fort Wayne in June 2003. Under Campbell’s leadership the Fort Wayne fleet has also been named an Elite Fleet, and is involved in the Green Fleet program — both run by The 100 Best Fleets.

“We’ve never won the Top Green Fleet award, but we’ve been second and third several times,” Campbell said. He has also been involved with The 100 Best Fleets as a judge. The city’s vehicles have been in the top 40 sustainable fleets since 2011, and last year Campbell was named the top fleet manager.

All this has earned Fort Wayne’s fleet a stellar reputation.

“Our past city council and our current council, when we first won the award, they were very proud of it. They knew what our performance ratings were and they were very appreciative. Now they’ve come to expect that,” Campbell said.

In all, Campbell oversees 1,900 vehicles, including Fort Wayne’s police, fire, street, water maintenance and water pollution vehicles. Only the parks department vehicles are not included in that 1,900.

“They’ve been doing their own recently, and it’s not rolled under the fleet management umbrella,” Campbell said.

Throughout his career he has placed importance on continued training, especially in the realm of fleet technology. He is also the only fleet manager in Indiana to hold ASC Fleet Certification.

“If the mechanics are ASC blue certified, the fleet manager also needs to be certified at the top level,” he said. “It’s not just about the fleet, but also it shows the community that the fleet is doing things correctly and not wasting resources.”

Being named to the 100 Best Fleet list does not just happen. Campbell has to apply each year and show why his fleet deserves the honor. Judges look for things like how safety issues are handled, significant achievements the fleet has accomplished, customer service, turnaround time, staffing and technology.

“That one’s a vague area that you could really go off of,” Campbell said. “You could talk about if you’re using GPS or anything like that for your tracking of your fleet, whether you use computerization in training of your technicians, being able to diagnose problems, stewardship, performance management and how you’re charging your customers to pay for your fleet (and) cover the cost of repairs. Are you charging the department? Is it an internal fund? How do you generate your revenue?”

While Campbell and the Fort Wayne fleet make these achievements look easy, Campbell noted that there are challenges all fleets have to overcome. One is finding enough work to do, which he said the Fort Wayne Fleet does not have much trouble with.

“A lot of fleets right now are going out and bringing in other work to help maintain their revenue and keep their fleet technicians busy,” he said. “We don’t seem to have that problem.” Campbell’s struggle is sometimes having enough hands to do all of the available work.

“You don’t want to have too many technicians or mechanics and then have no room for them to work,” he said.

Waiting on parts to arrive is another obstacle. “That’s one of the biggest challenges we run into,” he said. “No one stocks parts, and so you’re constantly having down time because you’re waiting on parts.”

None of this, however, has hindered the fleet’s ability to remain among the best of the best.

“No matter where you’re at, there’s always room for improvement,” Campbell said.