Launching a successful stormwater program can be hard work, and gaining the support of local legislators and the public presents an added challenge.

Over the last several years, Lynchburg, Va., has proven that, while gaining community support may not always be simple, success is achievable. 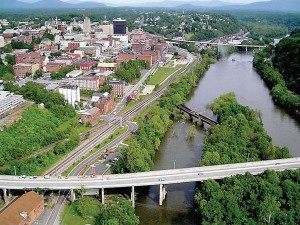 Lynchburg, Va., boasts a successful stormwater program that has
earned the support of its customers and local legislators. The city
sits on the Chesapeake Bay Watershed. (Photo provided)

Erin Hawkins, water quality manager for the city of Lynchburg, and Lin Liang, of environmental engineering firm Greeley and Hansen, presented “Clean Water, Clear Choice — Building a Public Supported Local Stormwater Program” during StormCon 2014, held in Portland, Ore., in August. During the presentation they outlined not only Lynchburg’s project, but how its water resources department has gained the widespread approval.

As with anything involving a fee, customers want to know exactly what they are buying into and how it will benefit them. The belief is that keeping the public in the know is a vital step in garnering support for any city’s stormwater project.

“I think that’s something that’s important to understand, that you show what you’re trying to accomplish, what you’re doing, what are their stormwater dollars being used for,” Liang said. Thus, there’s a need for ongoing education and communication.

“I’m not saying you have to ‘know it all,’” Hawkins concurred, “but having a firm understanding of what the issues are and what it means is very important. And convey that message.”

However, simply describing a program and its benefits is only the beginning. Actually involving the community is something Hawkins considers one of the major keys to success. Forming an advisory committee is part of this process, as well as keeping the city council and city departments informed. Public education will help customers understand exactly what their money is going toward and how and why it will benefit them. This needs to be done well in advance of the actual implementation of the project. 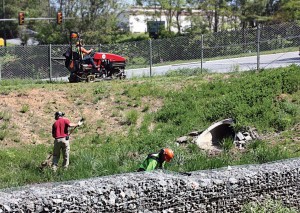 Maintenance and upkeep is just one of many components to a
successful stormwater program and is just as important as educating
the public on why such a program is essential and what
residents’ stormwater dollars are doing. (Photo provided)

Then, water and wastewater departments also need to have a clear idea of what they are trying to accomplish. This means understanding all aspects of the program from all possible sides.

While the individual components are important, it’s just as necessary to envision how those components will work together as a whole. When administrators of the Lynchburg water department sat down to plan, they realized one of the first things they would need was revenue, which presented a sort of catch-22 because there needed to be a means of generating that revenue.

Key components to having a successful program are program management, which includes master planning, complaint response and development review; operations and maintenance, including storm system cleaning, street sweeping, in addition to culvert, ditch and pipe cleaning and repair; regulatory compliance, as far as meeting TMDL requirements, erosion and sediment control, post-construction management and public education; and capital improvement projects, such as culvert, ditch and pipe upgrades, stream restoration and BMPs. All of these are part of Lynchburg’s program.

The utility went online in July 2013 and is now in its third year. Now the focus is on understanding the regulatory requirements. Because the city sits on the edge of the Chesapeake Bay Watershed, it also needed a mapping system — an additional consideration.

“It helps us significantly to refine what our resource allocations are,” Hawkins said. “It’s a tremendous amount of work that’s going on in the background that you really don’t see. The benefit of putting a lot of effort into our mapping is wanting to define what our MS4 area is and it helps you understand what your assets are. We’re attempting to kill multiple birds with one stone.”
The six main components that make up the Lynchburg stormwater project are education; outreach; the Virginia Stormwater Management Program; erosion and sediment control; and pollution prevention.

“As we develop these plans in our master plan, understanding what our regulatory framework is helps us prioritize as we move forward,” Hawkins said. “What we’re attempting to do is to build our capital program, not just to be heavy with water quality improvement projects, but to be able to repair and, when necessary, replace our existing water infrastructure.”

Even with all of this in place, Hawkins’ top concern is still keeping the public informed and up to date. Even to this day, she said, she struggles with whether or not the department is talking to the public enough.

“Is there enough out there as far as education and communication to your local elected leaders or to your citizens, who are the customers? I think that’s a struggle that everyone reaches.”