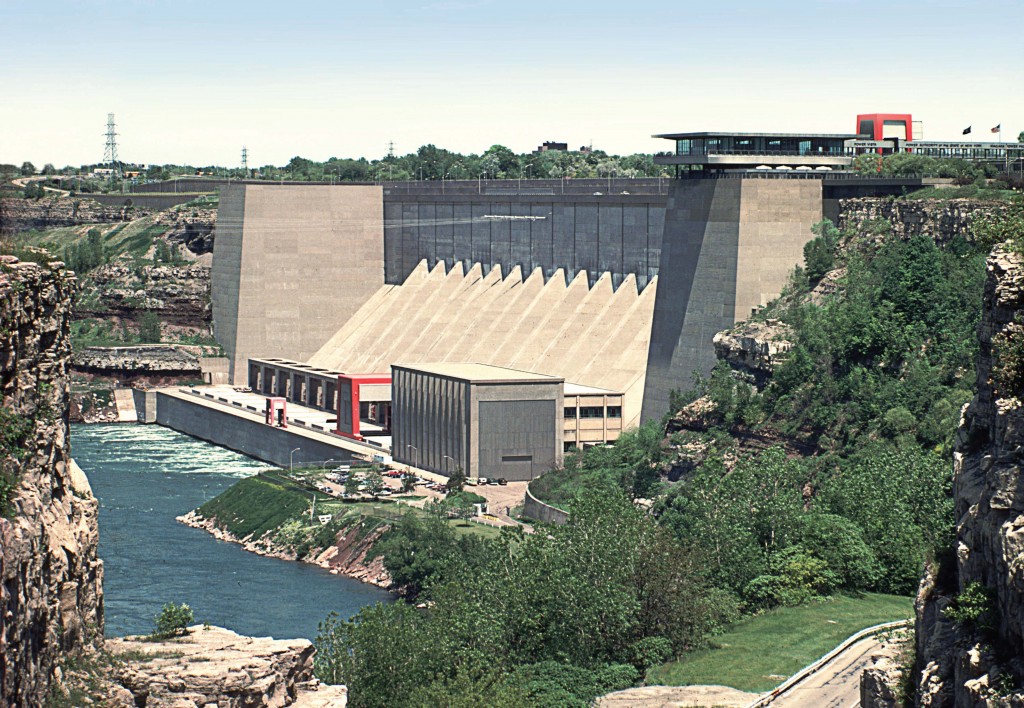 When it opened in 1961, the Niagara project was the largest hydropower facility in the western world. Now Niagara is the biggest electricity producer in New York State, generating enough power to light 24 million 100-watt bulbs at once. This low-cost electricity saves the state’s residents and businesses hundreds of millions of dollars a year, according to the New York Power Authority.

The Robert Moses Niagara Power Plant in Lewiston, N.Y., is an integral part of this project. Lying less than five miles downstream from the falls, the plant has 13 turbines. It shares a forebay with a capacity of 740 million gallons of water with the nearby Lewiston Pump-Generating Plant, and that capacity does not include the nearly 2,000-acre reservoir behind the Lewiston plant.

How the project works is fairly simple: Diverted from the Niagara River, water gets conveyed through conduits under the city of Niagara Falls to Lewiston. From there, water flowing through the Robert Moses plant spins turbines that power generators, converting mechanical energy into electrical energy. When electricity demand is low at night, Worksthe Lewiston units pump water up to the reservoir. But during the peak of electricity use during the day, the Lewiston pumps are reversed and become generators similar to those at the Moses plant.

The resulting hydropower is one of New York State’s most valuable economic development tools. It currently helps to protect more than 27,200 jobs in the western New York region and has resulted in hundreds of millions of dollars in capital investments. In the fiercely competitive national and global marketplace, savings from nypa’s low-cost hydropower is an important factor in job expansion and creation in the region. 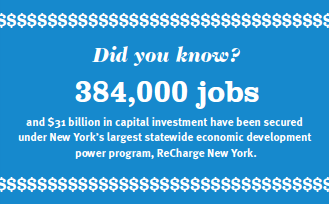 “The Western New York Power Proceeds Allocation Act is further evidence that Governor Cuomo’s innovative approach to economic development is working,” said John Koelmel, nypa chairman, in a press release. “The proceeds funds from unutilized hydropower from nypa’s Niagara power plant are another key element of the administration’s efforts to grow and diversify the region’s economy, which is demonstrated by the latest awards.”

The nypa administers two hydropower programs, Expansion Power and Replacement Power. Both are available to businesses located within a 30-mile radius of the power plant. In exchange for allocations of low-cost, green hydropower, businesses must commit to maintain and create jobs, and make substantial capital investments for contract terms of up to seven years.

The businesses supported by nypa power represent some of the largest enterprises in their respective industries, including the General Motors Powertrain Engine Plant and Yahoo.

Power generated at the plant also supports New York’s largest statewide economic development power program, ReCharge New York. RNY was signed into law by Governor Andrew Cuomo as part of his approach to economic development. The results are impressive: To date, 384,000 jobs and $31 billion in capital investment have been secured under the program. Businesses that receive power under RNY reflect his vision that a diversified economy is a strong economy.

NYPA also has a substantial impact on the tourism industry in western New York. Power Vista is the visitors’ center for the Niagara plant and has been considered a must-see destination for tourists from all over the U.S. and the world for more than 50 years. In 2013 it welcomed its 7 millionth visitor.

In addition, when nypa received its new operating license from the federal government, it committed to spending millions to upgrade recreational and environmental facilities in the western New York region. That includes advancing funding for the development of the Buffalo waterfront and projects such as parks and trails for the Niagara River Greenway.