↓
Home→Equipment→Survey: City revenues continue to fall, leaders challenged to do more with less 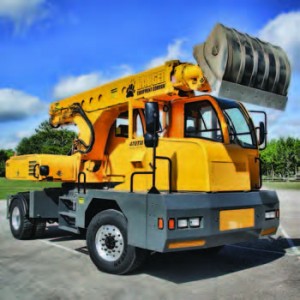 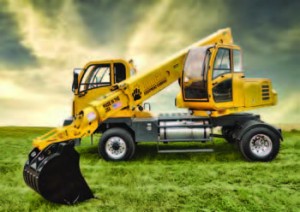 The Badger 470TM can be driven to the job site by a single operator, parks easily at roadside, won’t impede traffic and can be up and running in minutes. (Photo provided)

A new report released by the National League of Cities showed municipalities continue to face the prolonged effects of the economic downturn. According to the City Fiscal Conditions report, released in September, city revenues continued to fall for the sixth straight year as financial pressures such as infrastructure, health care and pension costs, combined with cuts in state and federal aid weighed heavily on cities’ bottom lines. For companies that supply municipalities with everything from copiers to cranes, success now depends on the ability to design products that address the challenges faced by today’s cities, towns and counties.

Be more efficient: Get a one-hour job done in one-quarter the time

Badger’s new 470TM telescoping boom excavator has been designed specifically to help municipalities be more efficient when performing roadway maintenance. Compared to a wheeled excavator, the highway-speed 470TM can cut work time and man-hours by more than 75 percent. It can be driven to the job site by a single operator, eliminating the need for a team to load, transport and unload it from a trailer. In addition, the 470TM parks easily at roadside, won’t impede traffic and can be up and running in minutes.

Do more with less: One piece of equipment, six different uses

As the 470TM was being prototyped at Badger headquarters, visiting supervisors from a town in upstate New York were asked to provide input. “These folks had experience with Badger as well as other competitive products, and we wanted their honest feedback about how we could improve the machine to better meet the needs of municipalities,” said Samera, who added the visitors jumped at the chance to provide input and Badger incorporated many of their ideas into the final excavator design. “We’re a small company so we can be flexible enough to respond to input. And, we wanted a product coming off the line that was going to be right.”

The design and development of the 470TM telescoping boom excavator illustrates the approach suppliers must take if they’re to remain competitive in the municipal market. A supplier must focus on efficiency, be flexible and versatile.

All municipalities today need to do more with less and, for most cities, the fiscal challenges will continue. The National League of Cities survey projects 2013 will continue to present challenges to city budgets due to stagnant housing markets, high unemployment and looming federal budget cuts.